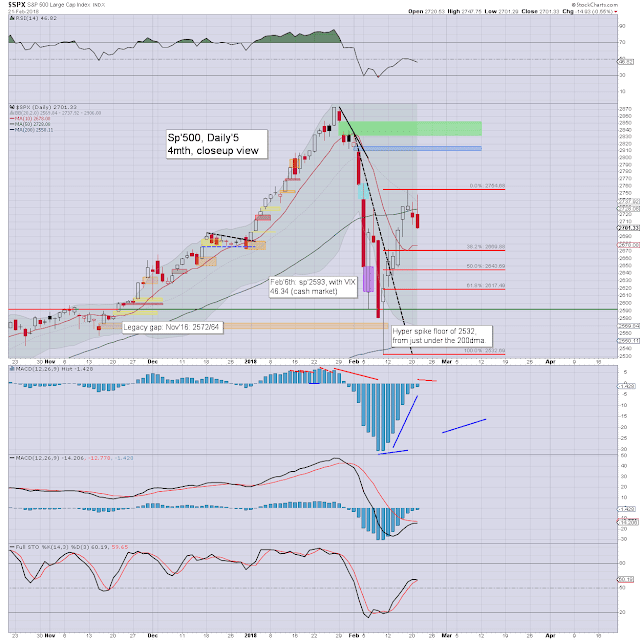 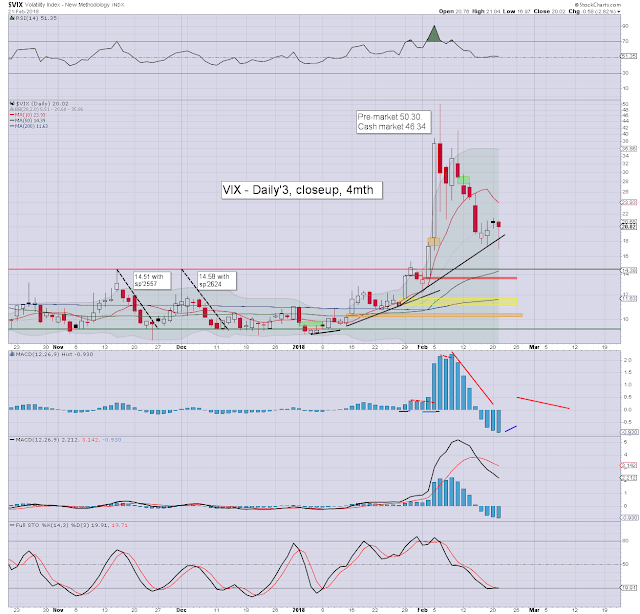 US equities opened a little higher, and battled to build moderate gains into the afternoon. The Fed' minutes appeared at 2pm, and the algo-bots initially spiked the market to a new intraday high of 2747. However, as bond yields climbed, the mainstream used it as another excuse to panic.The sp' saw a mini implosion, swinging 46pts lower to settle at 2701.

Volatility naturally had a mixed day, crushed lower to a new cycle low of 16.97, but then seeing a mini ramp, to settle just above the key 20 threshold.

Feb'22nd will mark six years since I started regular online postings about the world's most twisted casino.

As well as my mini legion of paying subscribers, I do also want to thank a few of those people who first linked back to me in 2012, not least Chartrambler, Joe McVerry, and 'Albertarocks'. There are others, some of whom are still listed within my blog links lists.

Things have greatly changed here, since I took my intraday posting to a subscription basis in May 2016. I still endeavour to provide something useful here... if only a couple of charts with a few short paragraphs.

I have long intended to 're-brand' both my public and private sites to something that better describes me. In that... I've failed. I'm frankly... just exhausted. For the moment, the quirky online moniker of 'Permabear Doomster' still lives... but it (hopefully) won't be around forever.
--

I'm having technical problems with the server that hosts my subscription site. I might just post everything here tomorrow. We'll see.