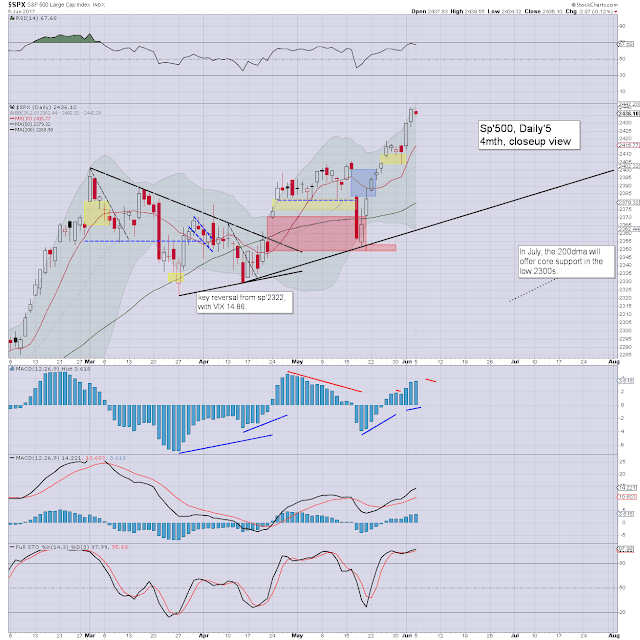 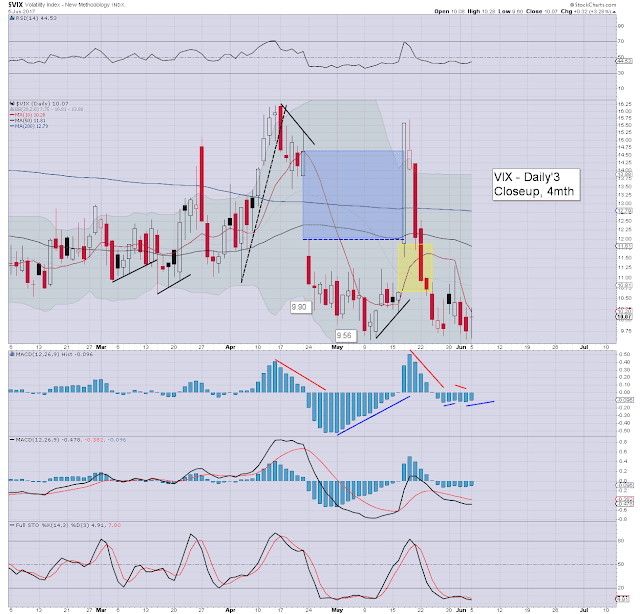 The week began on a somewhat subdued note, leaning on the weaker side, with a trading range of a tiny 5pts.

Volatility itself remains subdued, with the VIX opening in the 10s, cooling into the 9s, and settling in the low 10s. The 11s seem due this week, 12s on a stretch.
--

I have often used military analogies to being a trader in this twisted casino. Yours truly resides in the metropolis of London, a capital that is under threat. Its not exactly a new situation of course, the IRA (significantly funded by Americans) would periodically blow up parts of the city. The recent names and faces are different, but the outcomes are much the same.

This scene came to mind this weekend...

yours... sleepless in London
--