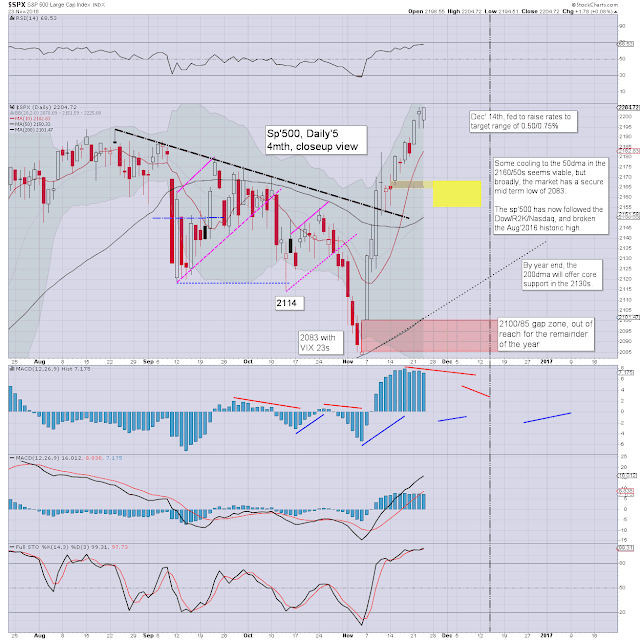 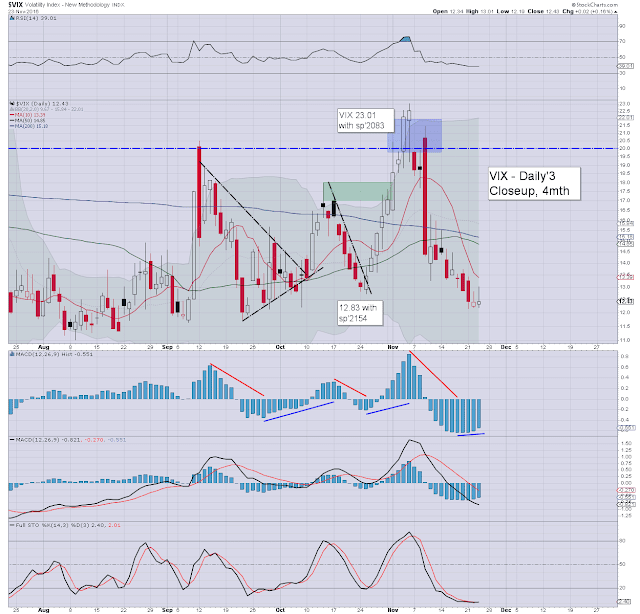 Market volatility remains naturally very subdued, with the VIX still stuck in the sub-teens. Even when the fed raise rates Dec'14th, that probably won't be enough to kick the VIX back above the key 20 threshold. 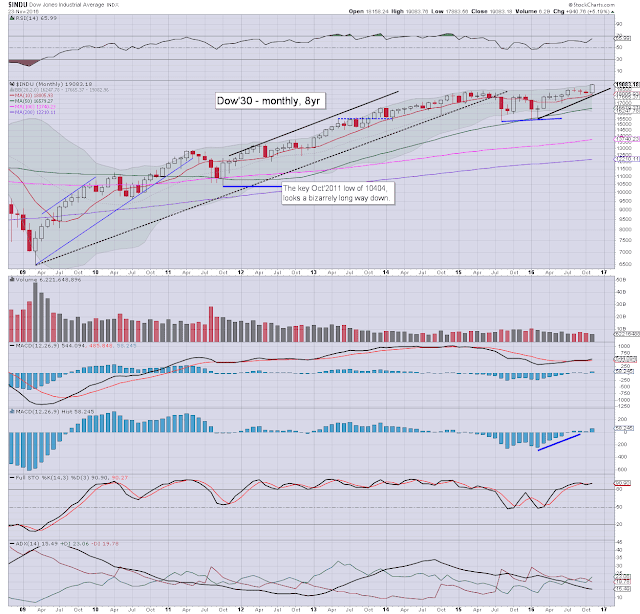 The mighty Dow is currently net higher for the month by a monstrous 940pts (5.2%), having already pushed into the 19000s.

Like a stock that trades into the $90s... by default, an eventual move to at least test the next psy level of $100 would be highly probable. It is thus not a bold thing to say we'll at least see the Dow test 20k. Whether that is before year end, or not until early 2017... to quote one of the most crooked politicians of the early 21st century, 'what difference does it make?'.
--


To my American readers (and most of you are)... Happy thanksgiving

Enjoy the day off from the twisted casino, and keep in mind, the Friday closing bell is at 1pm.