Can't have it both ways 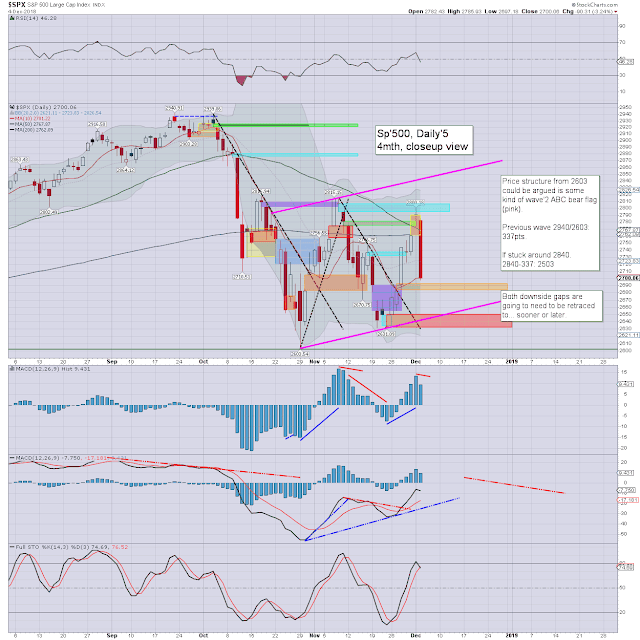 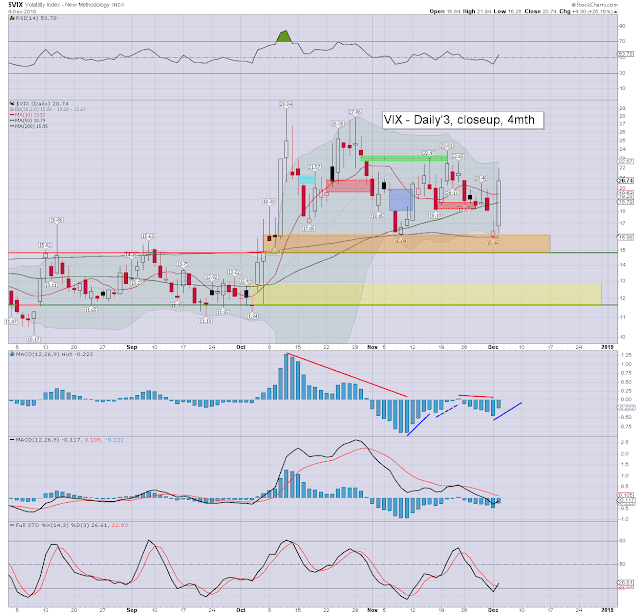 US equities opened a little weak, but with bond yields falling, and renewed concern about trade, equities spiraled powerfully lower into the mid afternoon. The late afternoon saw a bounce from 2702 to 2730, but then breaking a new intraday low of 2697 in the closing hour.


Can't have it both ways

Last Wednesday saw Fed chair Powell present a carefully scripted speech. It effectively gave the market what it wanted to hear, primarily, the notion of 'close to the neutral rate'. The market had clearly priced in a Dec'19th rate hike, but since early October (for no good reason), its been increasingly annoyed at the idea of further hikes in 2019.

So... Powell's speech helped lift equities last week, but bond yields have naturally weakened, as rate expectations for 2019 have been reduced.

Last week saw the US 10yr break the l/t rising trend from July 2016. This week has seen the psy' threshold of 3.00% decisively broken. 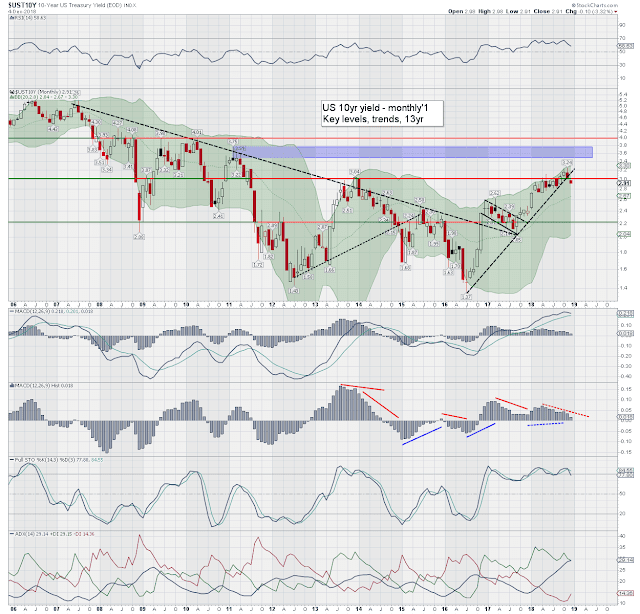 
Further, the broader capital markets are increasingly concerned about an economic slowdown in 2019. The 5yr/2yr yield curve went inverse today, with the 10yr/2yr set to follow.

The 10yr/2yr spread stands at 11bps. Its a key signal from the bond market that we are near, or at the end of the current economic cycle that began in 2009. I will add that in the previous two cycles, equities still broadly rallied for a further 25 months from the initial yield curve inversion. Its something to reflect upon.

In the short term though, the Fed can't have it both ways. They managed to talk equities up last week on the notion that we're 'close to neutral', but that has resulted in yields cooling. Powell has effectively broken the bond market, at least on a technical/chart basis.

If we do see the 10yr around 2.25% in first half of 2019... it will have monstrous implications for everything, not least the equity market.

*As Wednesday is CLOSED, the next post on this page will be Thursday, around 5pm EST.
--

If you value my work, subscribe to my intraday service.
For details and the latest offers, see: permabeardoomster.com