US equity indexes closed broadly higher, sp +14pts @ 2271. The two leaders - Trans/R2K, settled +0.3% and u/c respectively. VIX settled +0.6 @ 12.72. Wednesday will see the Fed raise rates, and a 'sell the news' event remains a threat.. even though higher rates are now (ironically) seen as a good thing by the mainstream. 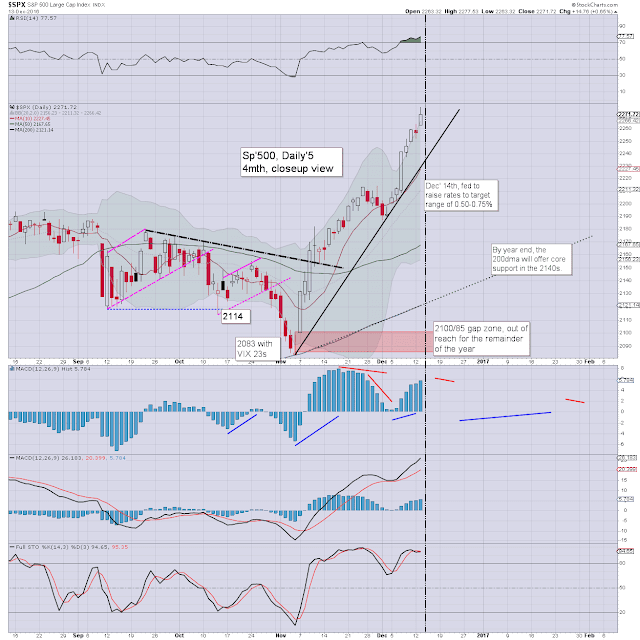 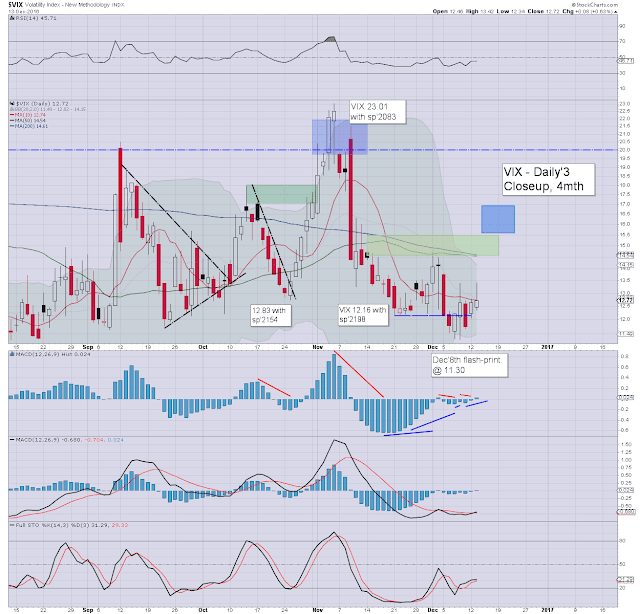 It was actually more of a mixed day in market land than most will have realised. Whilst the headline indexes - Dow, sp, NYSE comp', and Nasdaq comp', all broke new historic highs, there was notable weakness in the two leaders - Trans/R2K.

VIX remains a little kooky, as it is usually rising whenever equities are rising, and cools when equities fall! 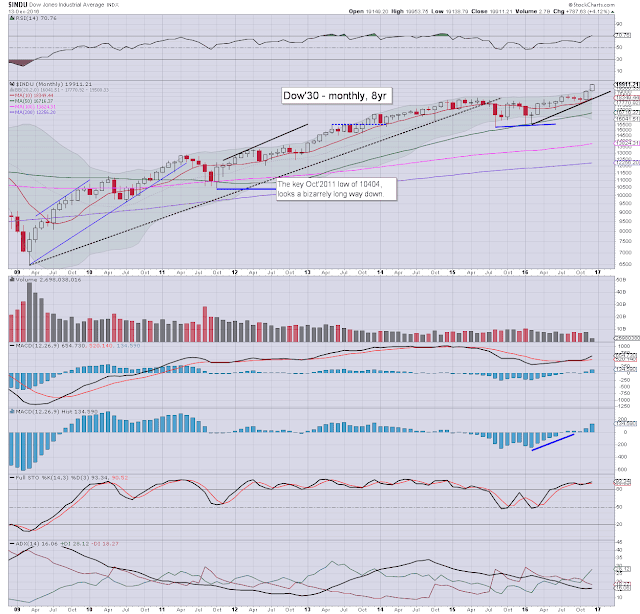 Note how the upper bollinger is at 19500, we're trading over 400pts above it, which is exceptionally unusual. Does anyone think we'll be trading under 19k any time soon? The key 10MA - something I regularly drone on about, will only be in the 18500s in January. A break below that looks out of range for many months.