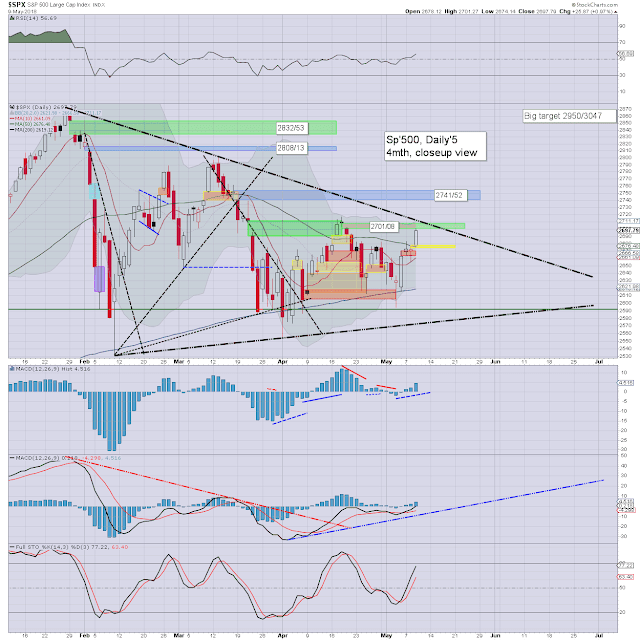 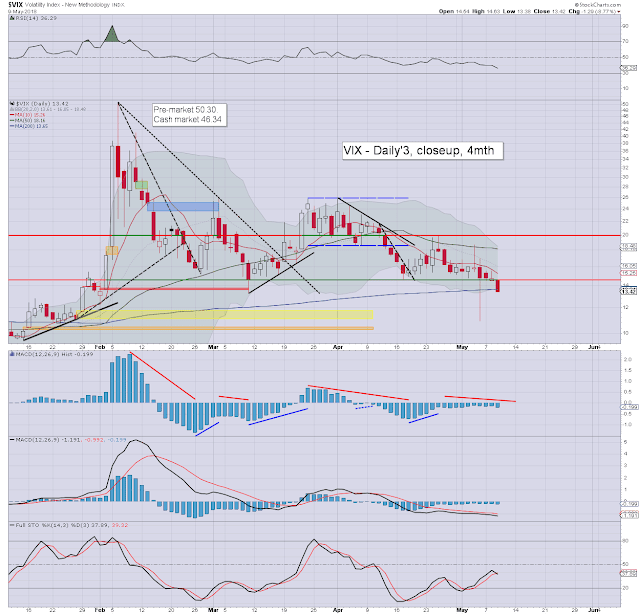 US equities opened moderately higher, saw a touch of cooling in late morning to 2674, but then swung back upward, and built sig' gains. The sp' became stuck at what is a key gap of 2701/08. Whether we see a rollover from within 2700/2715, before a bullish breakout, is difficult to say. What does seem clear, a bullish breakout IS due, and one that will offer original big target of 2950/3047.

Volatility was naturally subdued, with the VIX melting lower for a fifth consecutive day, settling in the mid 13s.
-- 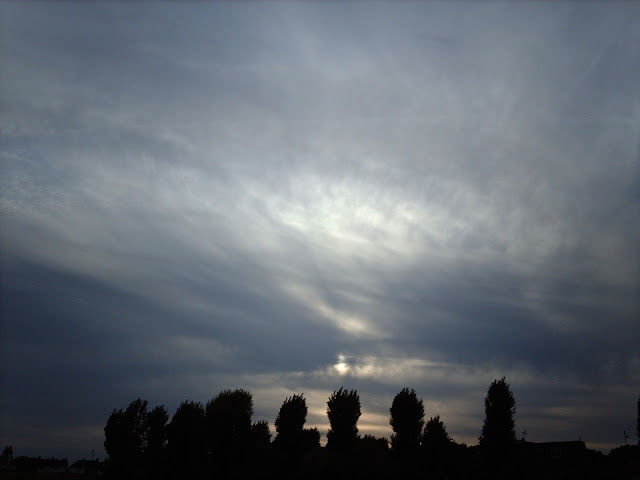