US equity indexes closed moderately mixed, sp +2pts at 2364. The two leaders - Trans/R2K, settled lower by -0.7% and -0.4% respectively. VIX settled Near term outlook offers a 'good jobs news is good news' burst upward into the weekend. However, if the bulls can't quickly push back above 2400 next week, there will be very high threat of another cooling wave to at least 2350. 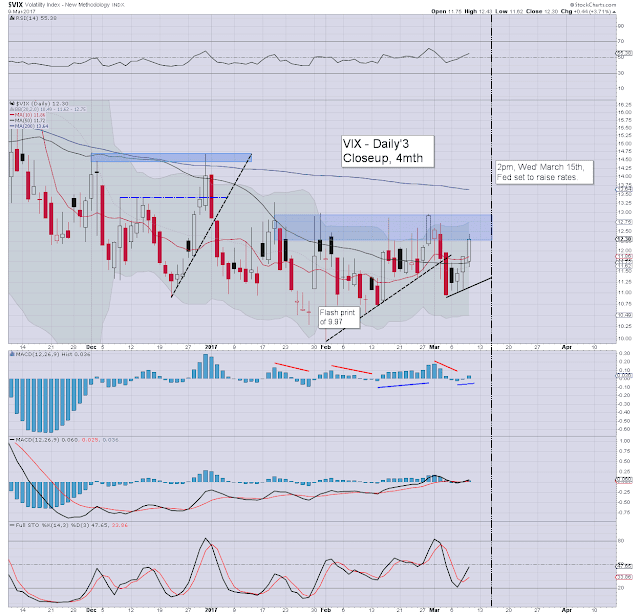 It was yet another pretty subdued day for US equities. Price action was a moderately narrow 15pts wide. Note the 50dma - now at sp'2308, and still rising each day. Its difficult to see any price action under that MA.. even given another week or two.

VIX is naturally also very subdued. Just consider this.. we've not seen VIX 13s since Jan'19th!  As the fed now look set to raise rates next Wednesday, a brief foray to the mid teens is a threat, but nothing close to the key 20 threshold seems viable until at least late April.. with round'1 of the French Presidential elections.
--

Dare I use one of the fed's favourite words 'transient' for a sub title on the world's most important commodity of oil? 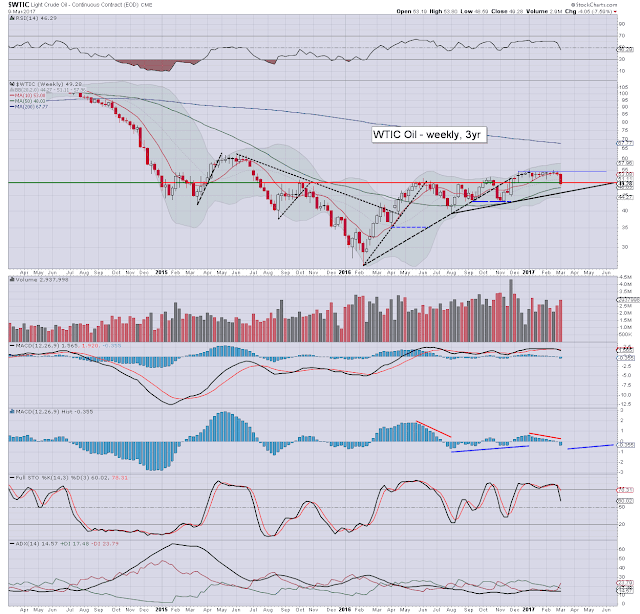 Last year saw massive resistance at the $50 threshold. This year has seen oil hold above such resistance... until the overnight session. There are a fair few aspects of support within the 48/45 zone. Frankly, I can't see any sustained price action <45... never mind <40, as a few are now starting to suggest.

After all, with each dollar drop in oil, the probability of a sporadic press release (threatening supply cuts) from some oil minister/OPEC exponentially increases.