The election of Donald J Trump as president of the United States of America has naturally shocked the mainstream. For the short term at least, fiery nuclear obliteration is off the menu. Indeed, US relations with other nations should improve, and that is something to be bullish about, right? 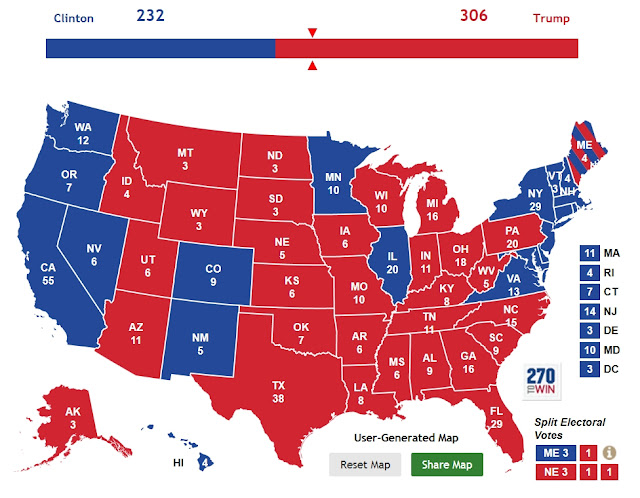 *The above chart has been finalised by me, and I believe that is how things will settle.
--

My own guess of 351/187 was clearly a little overly bullish for Trump. I had assumed that if MI went to Trump, that MN, VA, and NH would also follow.

In any case, it is a clear victory, and yours truly is rather pleased.

Almost as important as good international relations, infrastructure spending, which will be a key issue for 2017, and indeed, for many years ahead. Its time for the USA to build, and its appropriate that the US will soon have a president who has a proven background in construction.

I could say more on what is unquestionably a massively important political victory, but for now... that will suffice. 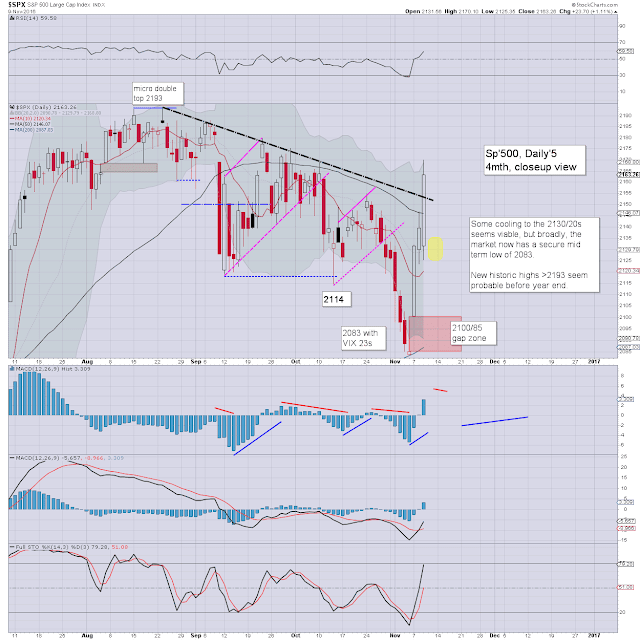 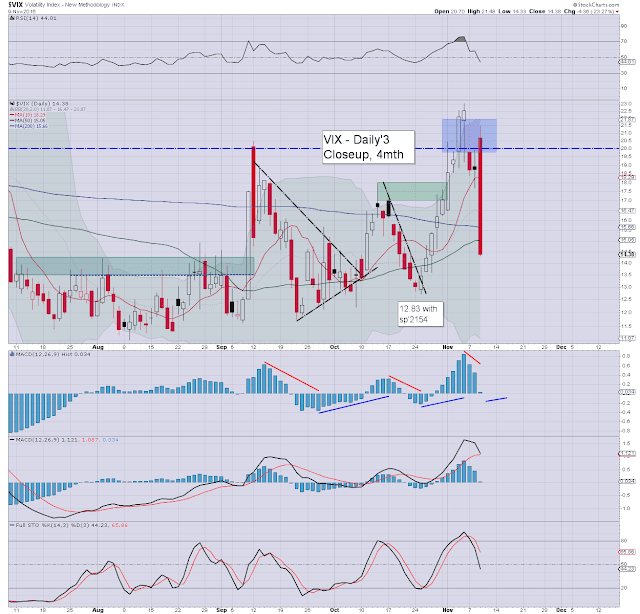 It has indeed been a truly crazy 24 hours in the equity market.

Its highly notable that overnight futures - at the low, sp -107pts, which was equivalent to 2032, massively below the 200dma. Yet the cash market never came close to breaking last Friday's low of 2083 - which is now a secure mid term low.

I've not even got around to highlighting the ongoing strength in Copper, which is a hugely important issue, but I'm tired, and I'll leave that for another day.