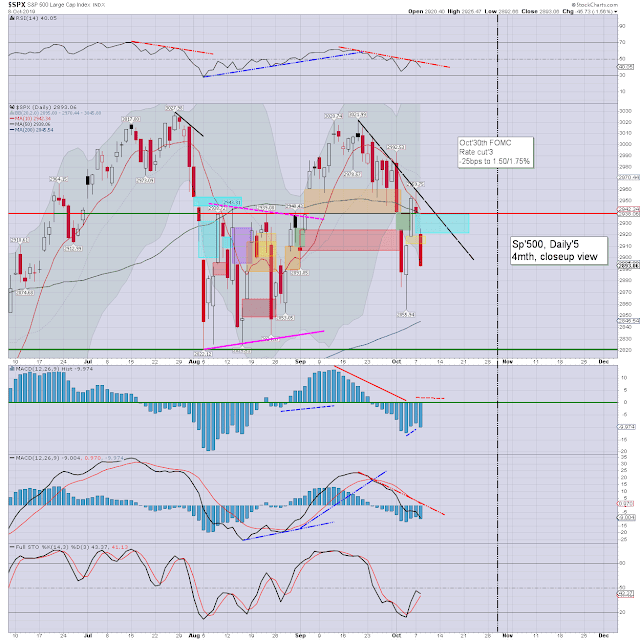 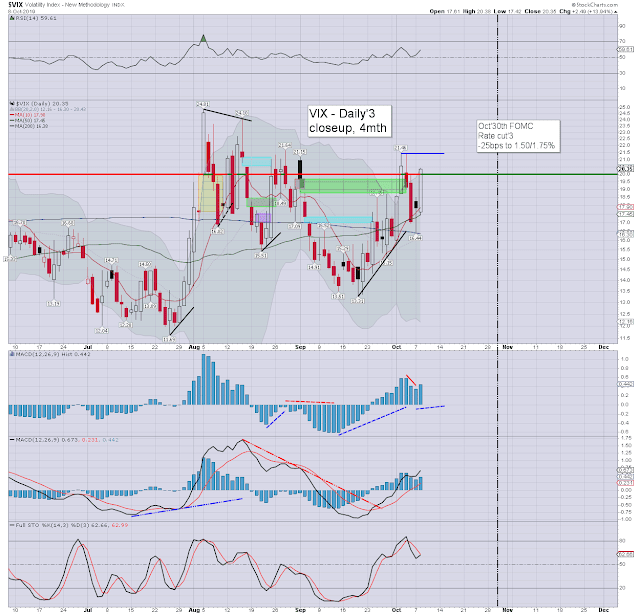 US equities opened broadly lower on renewed US/China trade concerns. The SPX spiraled down to 2896, with a bounce into the early afternoon. 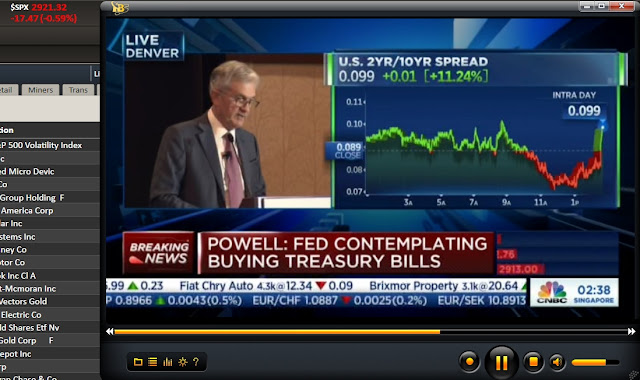 ... and whilst he repeatedly said 'This is not QE", calling it just 'adjusting the balance sheet for reserve management purposes', today was effectively the first outright threat of renewed QE.

At the FOMC of Oct'30th, in addition to rate cut'3, we can now also expect the printers to be spun up, with monthly QE of around $15bn. I guess it should be called QE-lite, rather than QE4. 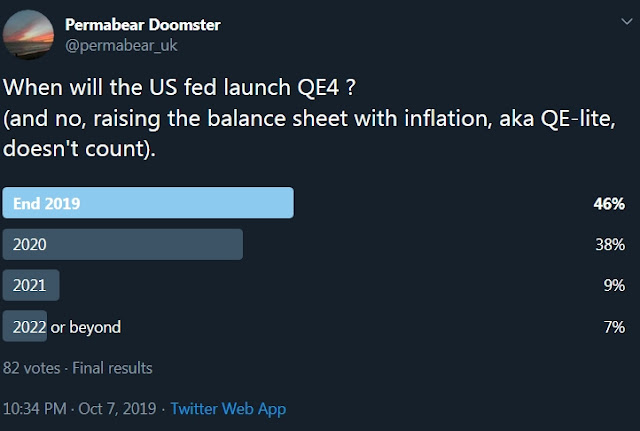 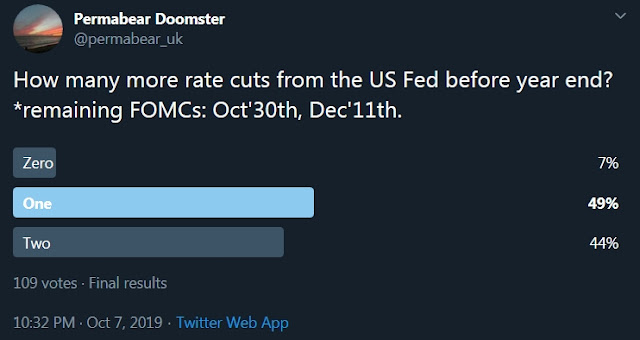 A mere 7% believe rates won't be cut any further this year. Yours truly is expecting TWO rate cuts.

A US/China trade deal does indeed appear very unlikely before year end. Even if one is announced, most accept it would be a poor deal of no real consequence.