With equities closing moderately mixed, the VIX remained in cooling mode, settling -8.0% @ 22.55. Near term outlook is offering renewed equity weakness to the sp'1870/50 zone.. which would equate to VIX 27/28s. Sustained action in the 30s looks unlikely in the current cycle. 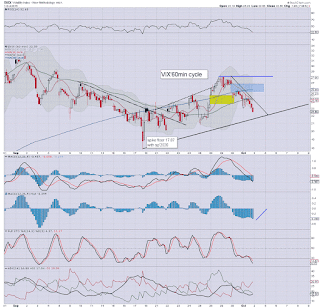 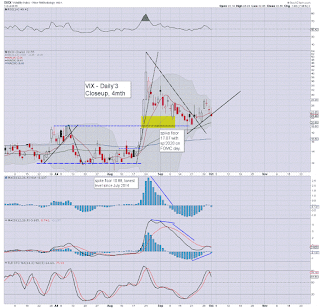 The VIX was notably weak across the day, despite the broader equity market -1% at one point.

What does it mean? Well, certainly, the market is not in the least bit worried about another collapse wave in the immediate term.