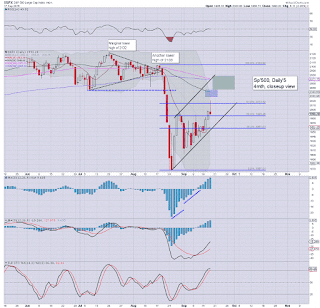 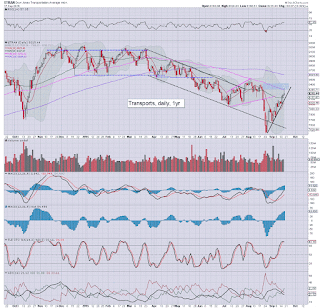 *Trans has entered the target zone 'blue box' of the 8300s.. with a clear spike. I would guess the Trans will make another attempt for the 8300s.. whether tomorrow.. or early next week.

As for the sp'500, the daily candle is offering something of spiky top, but 2020 doesn't make much sense as a multi-week top.