The sp'500 is offering a couple of candles with spikes.. and those usually bode for renewed upside. VIX has cooled a little, but still +12% in the 17.10s. It remains an increasingly messy situation, with threat of another wave lower to the sp'2040s - with Dow 17000... before greater opportunity of a bounce into next week. 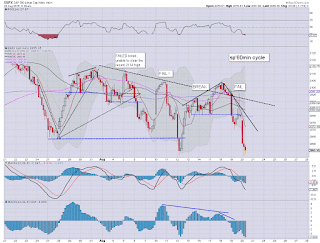 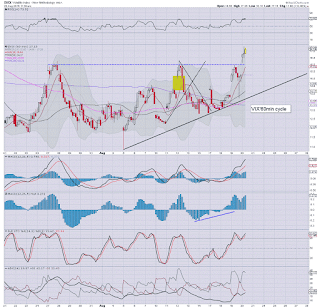 Maybe a bounce into the afternoon, and a final smaller wave lower tomorrow... with a turn on opex.

As it is, I can't be shorting at these levels... nor with VIX 17s. I'm probably going to sit it out until next week.
- 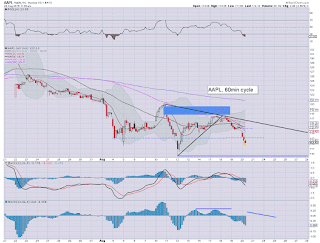