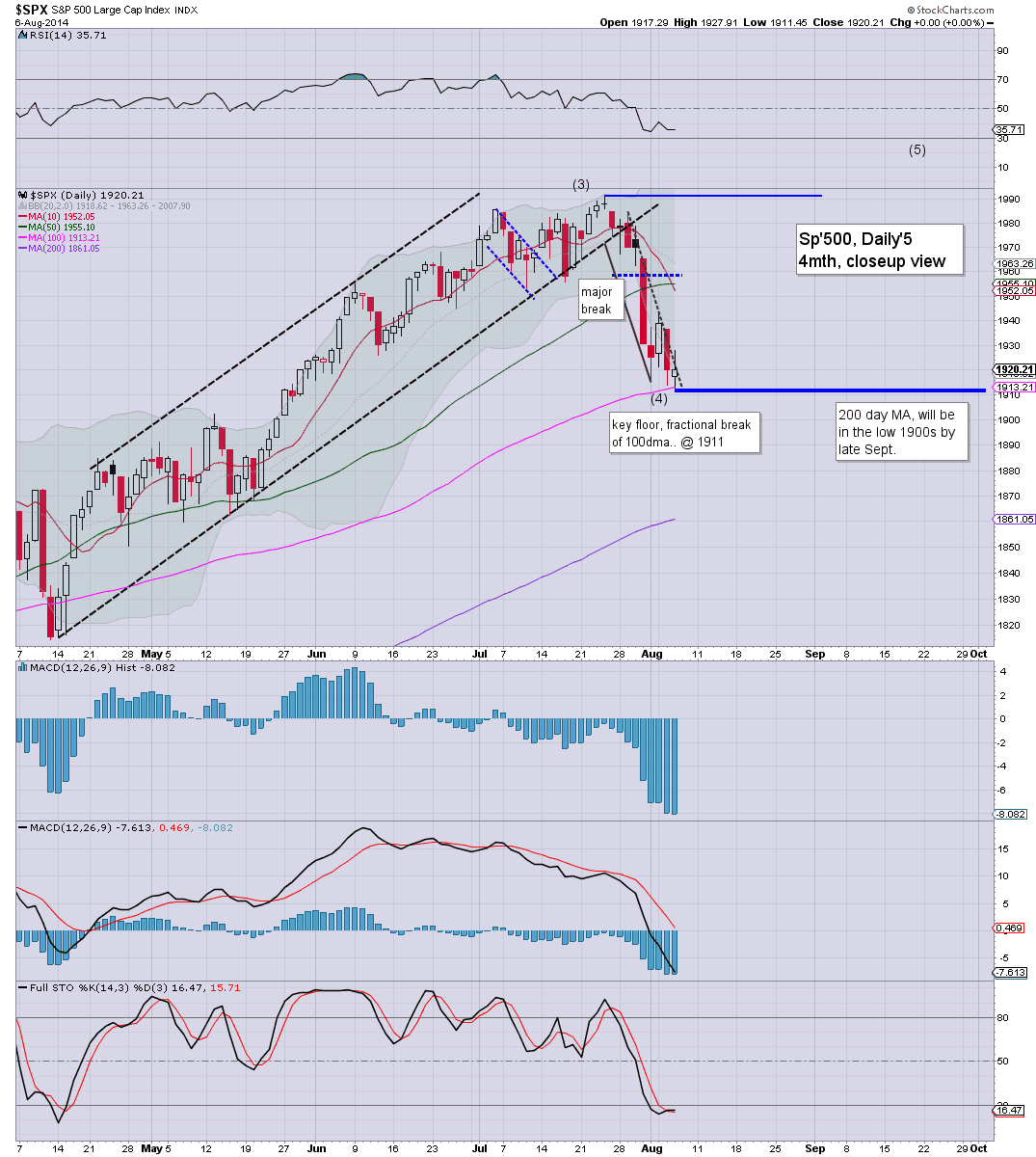 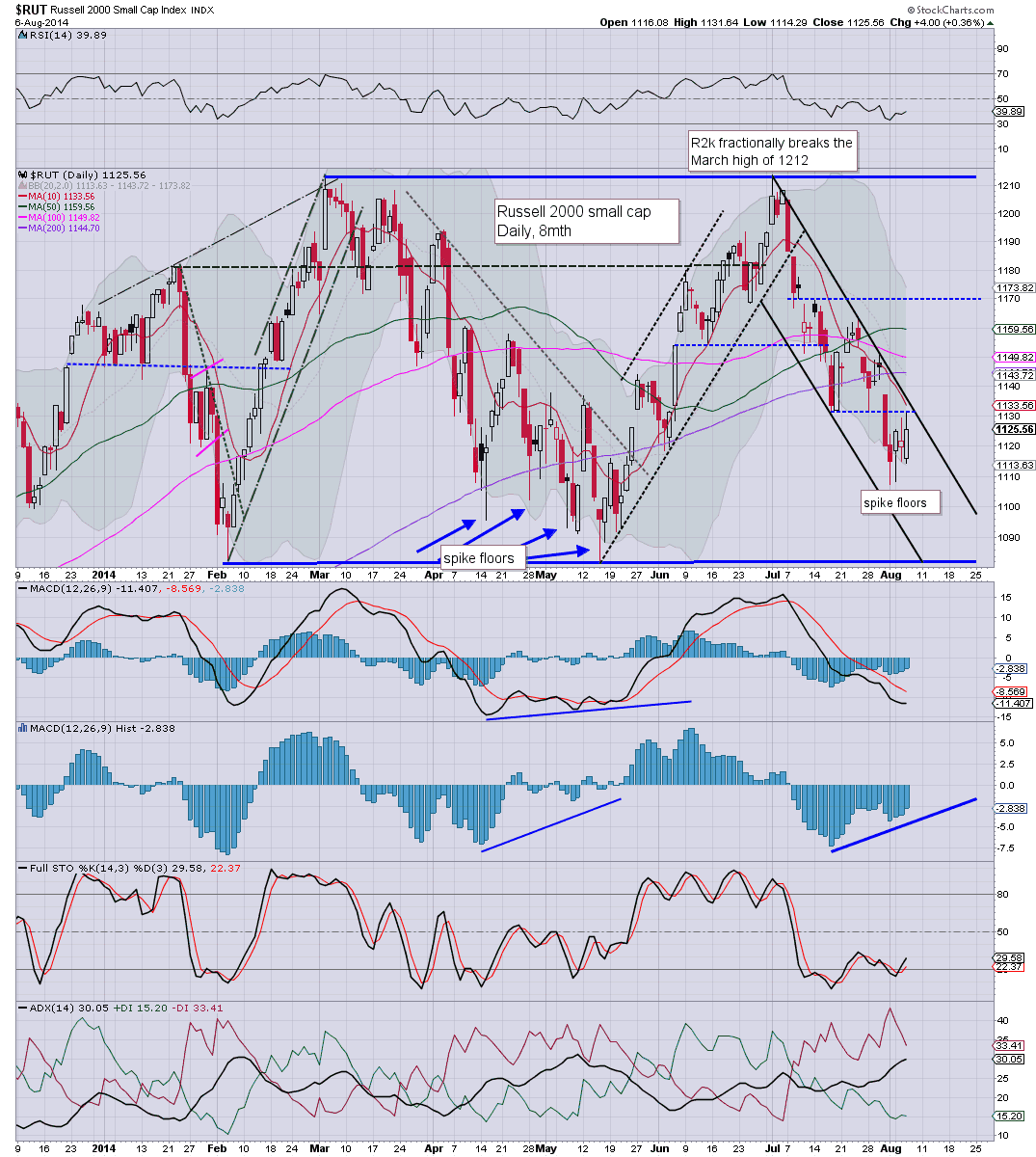 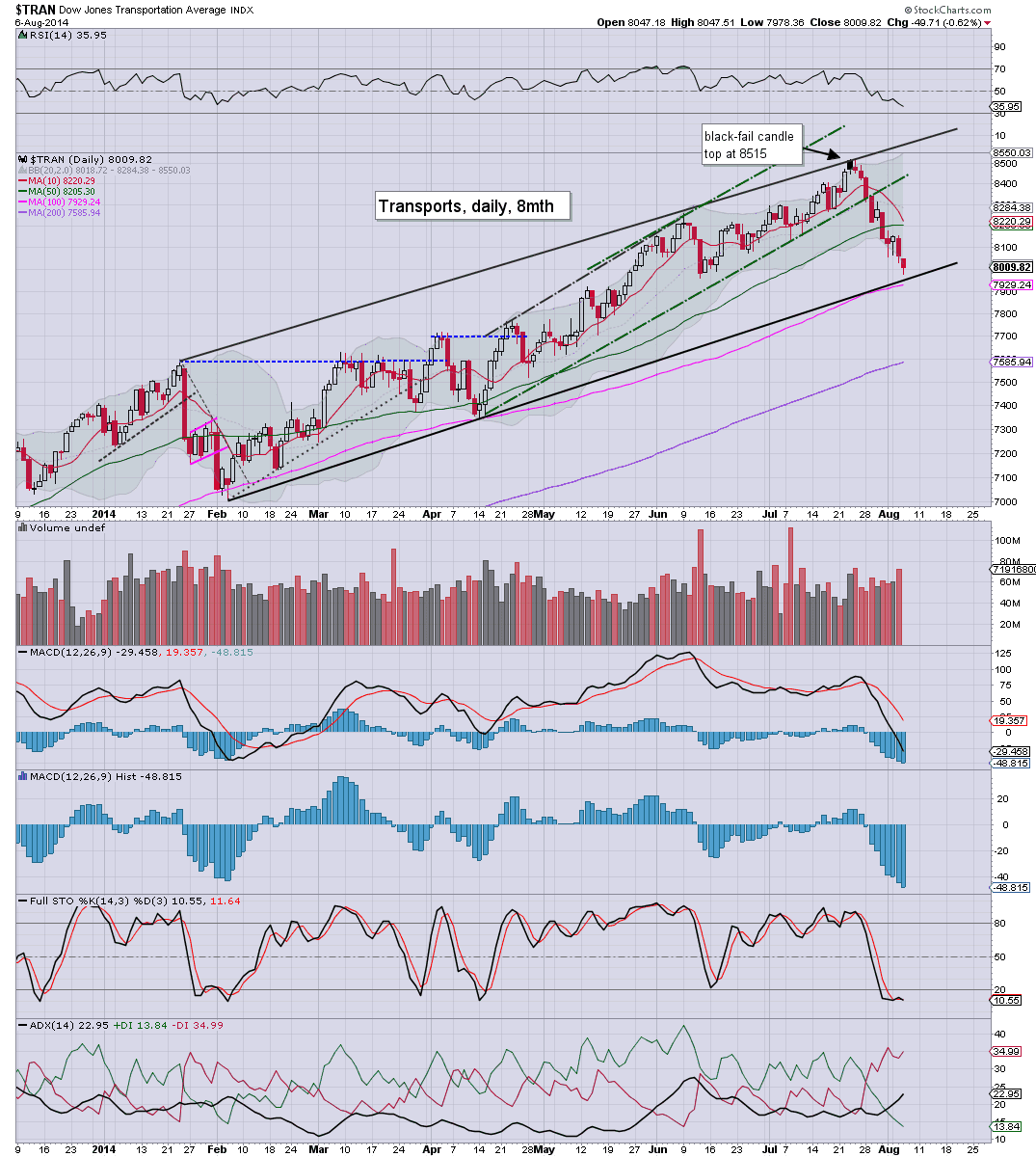 Suffice to say, I think we have a pretty clear 5 waves down from 1991, and this mornings low of 1911 would seemingly be a key floor.

Things the bulls need to see...

Perhaps most notable, the Transports, which remains within the broader channel. Yes, it lost the 8k threshold today, but overall... it remains the strongest of the main indexes.
--