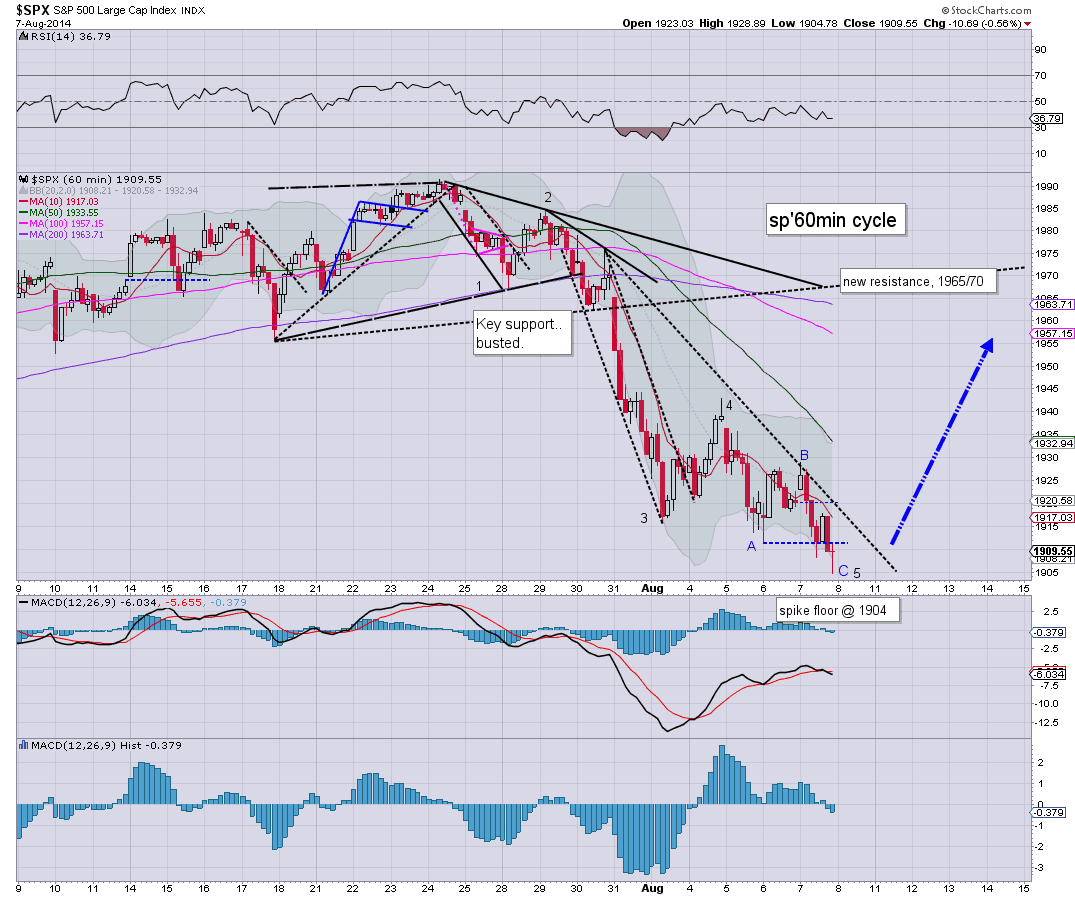 *a somewhat vain attempt by the market to put in a spike floor hourly candle in the closing hour.
---

Equity bulls were teased at the open with moderate gains, but there just wasn't any follow through.. and with the 1911 low taken out.. the bears can claim another day in their favour.

Price action wasn't particularly weak though, as reflected in a VIX that had turned red a few times.