There is a high probability that sp'1911 was the low of the down wave from 1991. Equity bulls just need to break back into the 1970s... which will open the door to the 2030/40s in September, which is offered by the bigger weekly/monthly cycles. 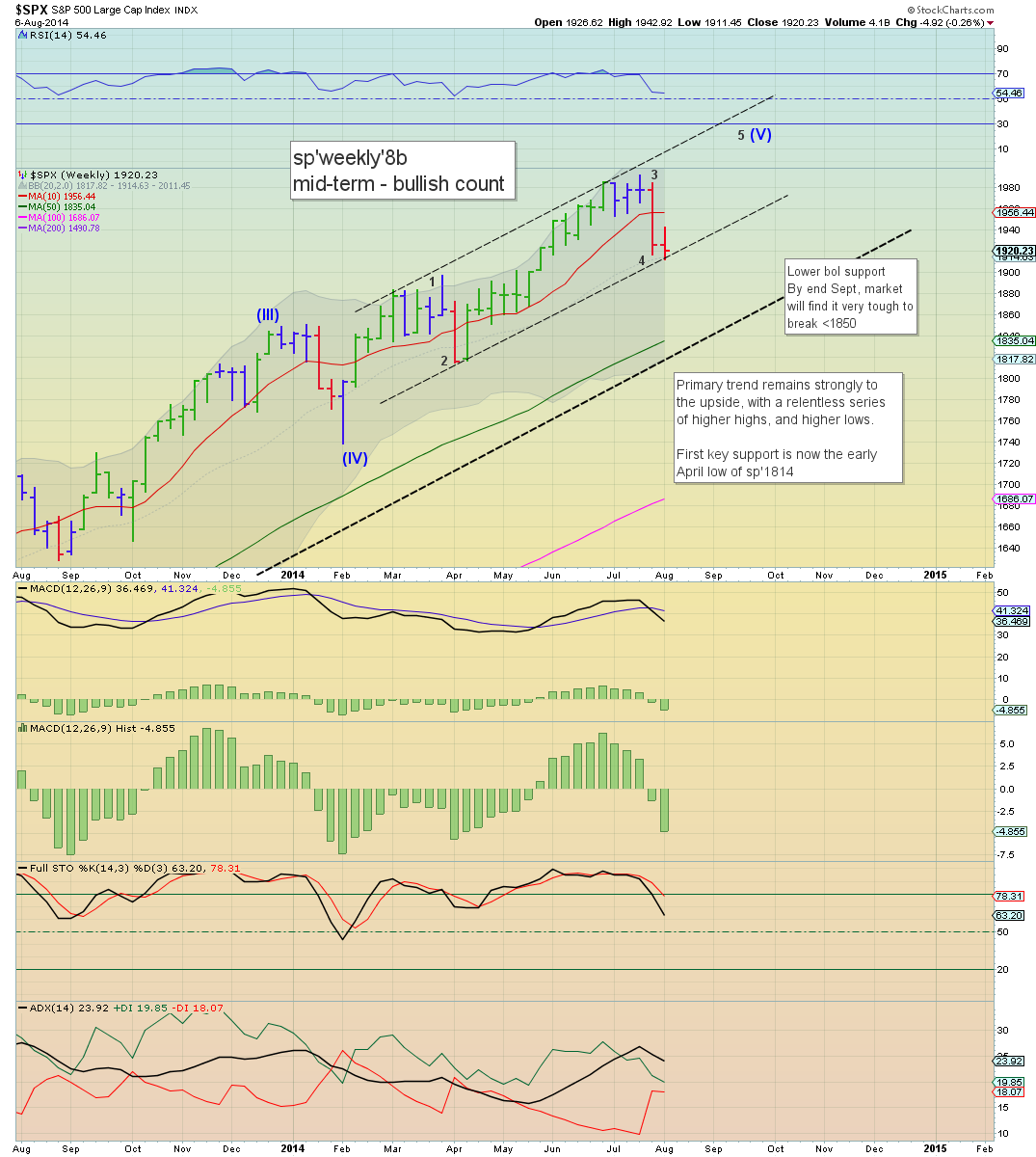 First target for the bulls should be the 1970s, if that is achieved, then new historic highs look likely in September.

In terms of viable upside, the sp'2000s remain a valid target, although I realise many will be dismissive of that, after last Thursdays decline of -2% . A simple fib' extrap' of 1.6x offers the 2040s.. which is currently the upper bol' on the monthly cycle.

6% higher across 6-8 weeks.... its not like we've haven't seen that kind of gain happen many times before.