Whilst equities saw moderate declines, it was notable that the VIX remained relatively subdued, settling higher by just 1.8% @ 16.66. Despite a new cycle low of sp'1904, VIX remains below the Friday high of 17.57. 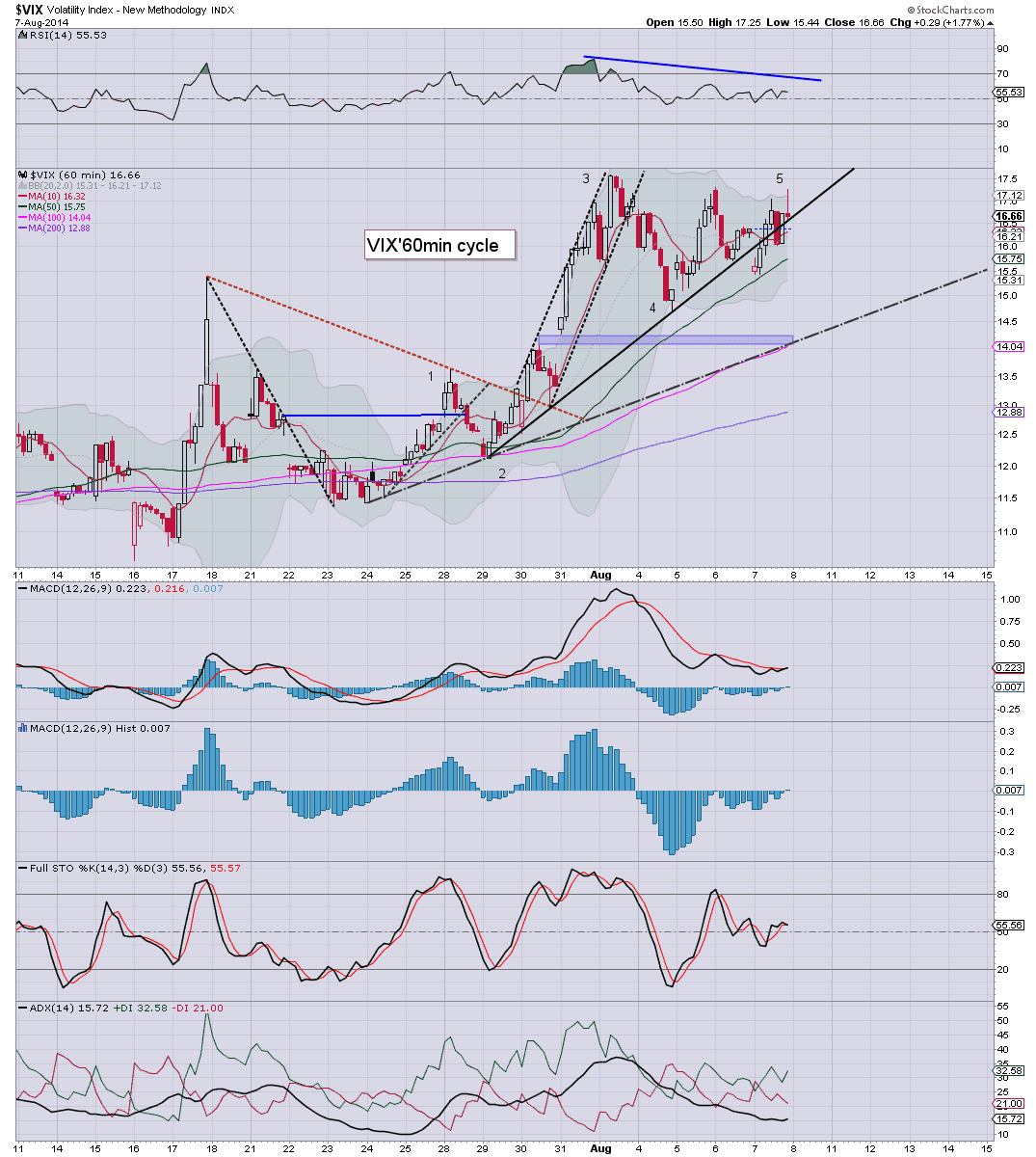 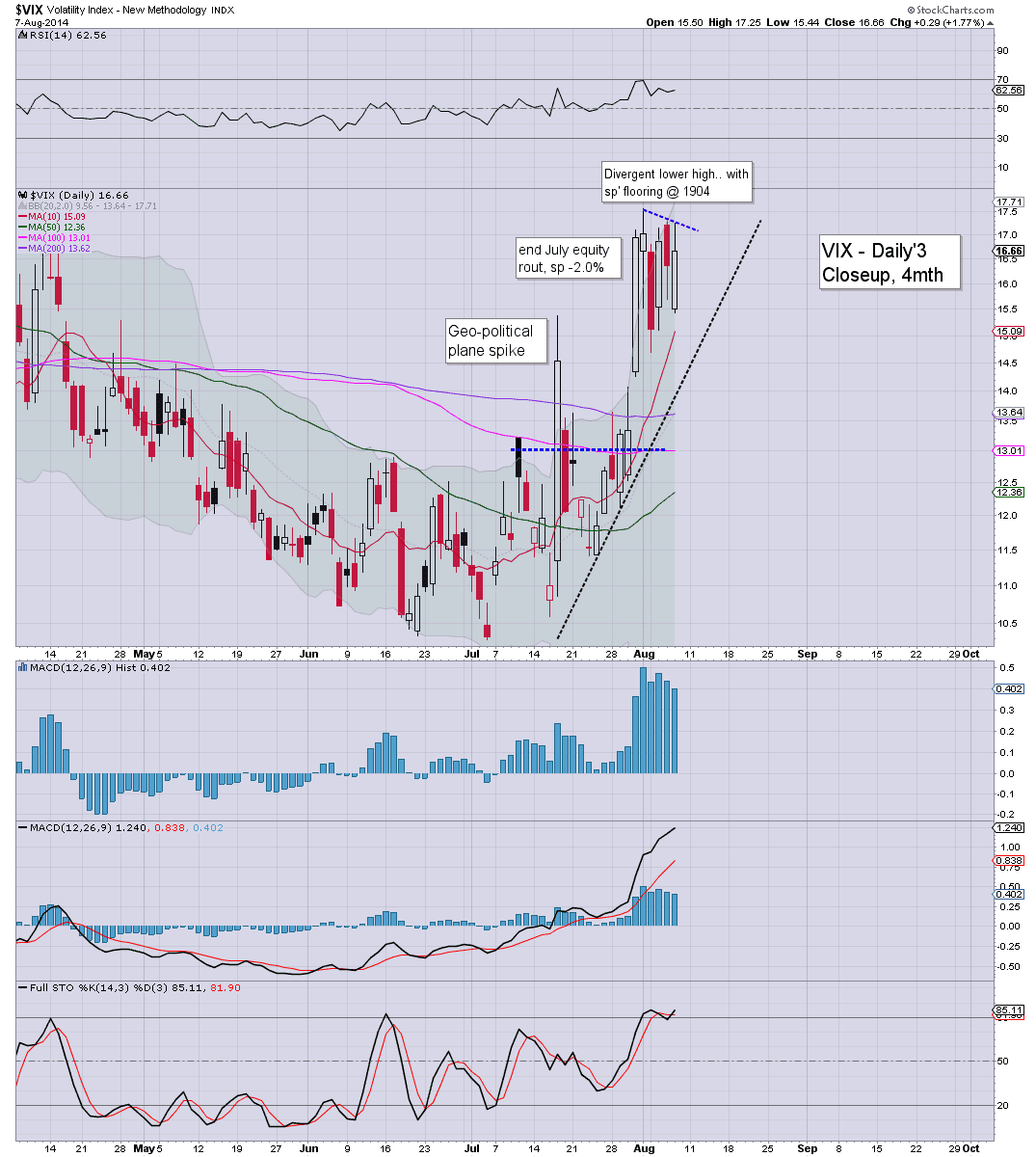 Suffice to say... there remains an increasing divergence between the weak equity market.. and a VIX that remains somewhat stuck in the 15/17 zone.

I do not expect VIX 20s in the current cycle...unless a really crazy news story (such as a Ukrainian invasion) occurs.
--