Mr Market is trying to battle higher, but there is a lot of weakness out there. Certainly, even the bull maniacs who were crazy bullish at the Tuesday close, are now getting a bit twitchy. There remains significant chance of a close in the sp'1420s. 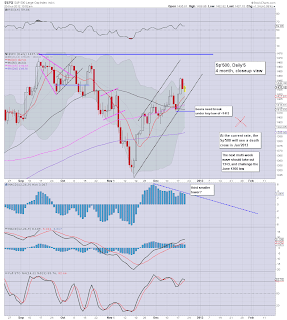 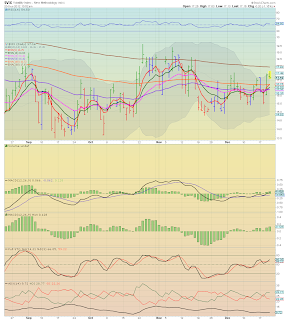 Look at the MACD (blue bar histogram) cycle, we have possible third lower tower, despite the recent rise in prices.

Now, price action is of course more important than any indicator, but there is a growing weakness out there.

*Mr $ is back to evens, equity bears really should be seeking USD 80> to close the year.

UPDATE 11.25am  Gold approaching the target 158..however, SLV already broken the equivilent support. 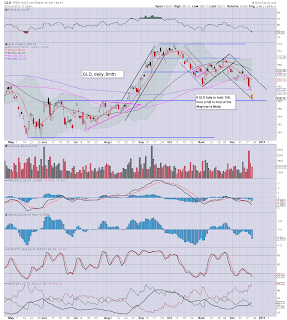 There really isn't much support until the summer lows

Gold maniacs will be screaming 'cartal manipulation' for the rest of the week. ..sigh.
Posted by Permabear Doomster at 15:54:00
Email ThisBlogThis!Share to TwitterShare to FacebookShare to Pinterest
Newer Post Older Post Home