Despite the small attempt at an opening rally, the market is slipping lower. So far, its just a minor follow through, but a break into the sp'1420s is very viable as the day goes on. A VIX close in the 18s would be a warning of trouble tomorrow. 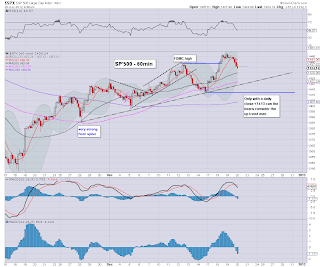 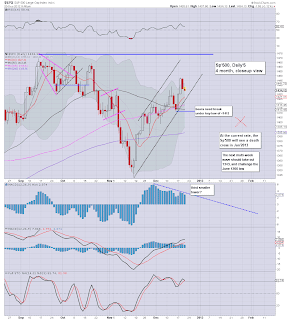 A relatively quiet open, but there is certainly some good moves in individual stocks and commodities.

Of special note today is Gold, which is almost at my primary 158 target. 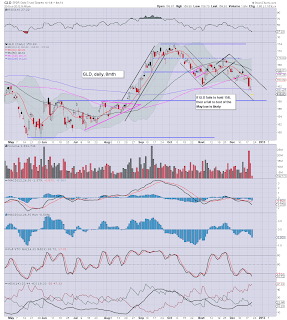 Keep an eye on a few of the stocks I been highlighting over the past few days...

BTU, ANR, HPQ, and GE. The last one, is especially presenting the most bearish individual chart out there. 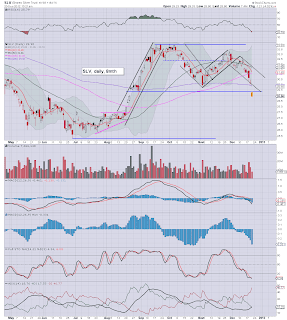 There really isn't much of a floor until the summer lows 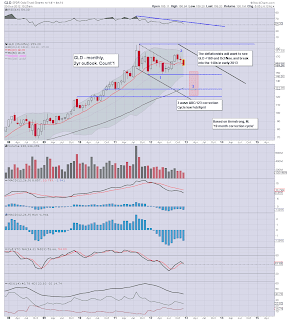 The big monthly chart is now seriously bearish..target would be the low 130s by early spring