Market holding on tightly to gains of dow +70/75, but that's barely half of the earlier amount. VIX remains green..still! A lot of the mainstream media today understandably focused on the FB nonsense, although that remains ironic coming from such cheer leading maniacs. 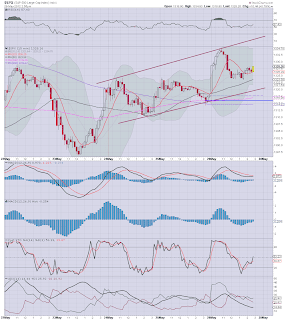 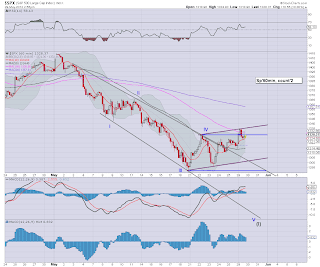 I don't often mention the 15min cycle, but you can get a clearer picture of one thing that is the case so far these past few days. We have seen a series of higher lows and higher highs - including today. Only with a break of 1315 can the bears start to get curious again, and even then, they really need a break of the bigger 1300 level - as seen on the 60min cycle.

Bulls will merely want a close over sp'1330, that should at least offer a brief move into the 1350/60 zone later this week.

As I keep noting, in the bigger picture of things, whether we get stuck at 1340, 50...80..it really doesn't matter for the mid-term bearish trader. Its all mere noise...we're going lower across the summer.