The sp'500 has reversed from an early morning high of 2005 to the mid 1970s...   There is price cluster support in the 1960/45 zone, and it still seems highly unlikely the equity bears can manage sustained downside this side of the FOMC. 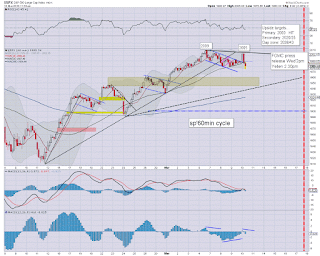 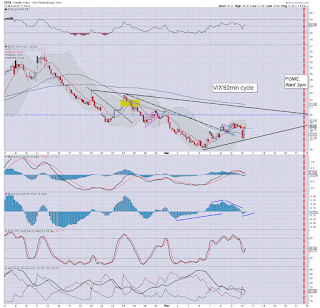 Considering the power of the equity reversal this morning, the VIX is still really weak. Even the 20 threshold looks a challenge in the near term.

In any case.. the more cautious bears should be able to just sit back for another 4 trading days.
-- 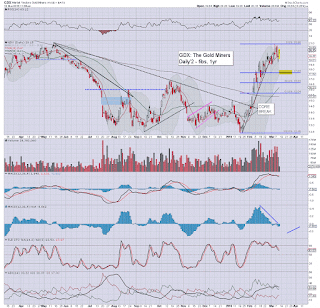 Despite a second day higher, GDX is still trading under recent highs.. same for Gold/Silver.

--
time for lunch :)... and to see if the cheerleaders on clown finance TV are proclaiming 'Draghi messed up'.
Posted by Trading Sunset at 16:57:00
Email ThisBlogThis!Share to TwitterShare to FacebookShare to Pinterest
Newer Post Older Post Home