The sp'500 has seen a provisional break of the upward trend that stretches back to the 1810 low of Feb 11th. However, there still remains risk of renewed upside to the 2020/40 zone, as Draghi/Yellen are yet to appear. Oil is under pressure, as a Kuwaiti oil minister threatens to go 'full power' (on supply) if no agreement is reached. 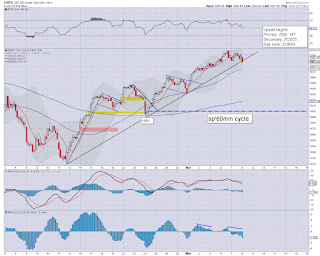 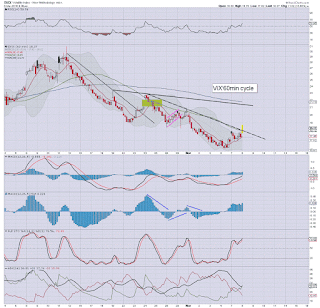 *metals and miners remain highly vulnerable - at least on a cyclical basis, but more on those later.
--

Vol' remains light, and with nothing scheduled today, other than sporadic news, there really isn't much hope for sustained downside ahead of the Thursday ECB.

I still see no hurry for bears to get involved. 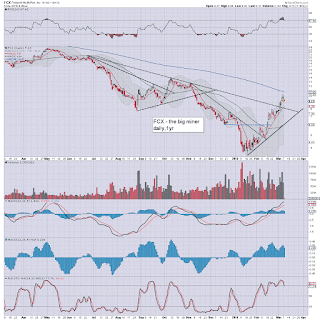 If you believe in the notion that sp'1810 is NOT a key low, then the junk will break new lows into the spring... and I find it impossible to believe a fair number of them won't eventually file for bankruptcy.
--