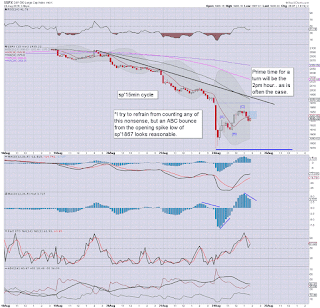 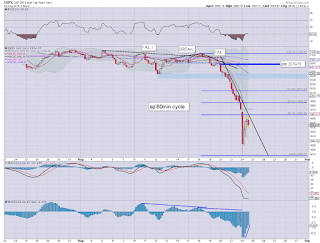 -
*I remain paralysed with fear. It is not confusion of where we are broadly headed (which has been largely clear since mid May).. but fear of losing a single $.

Frankly, its beyond lame, and I'm starting to get real annoyed with myself.

I suppose it could be worse. I could have been long across the weekend, exited at the open, and then tried to chase the market lower from sp'1869.