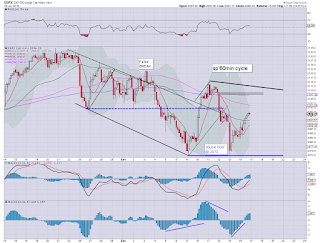 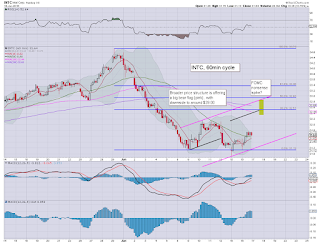 Today is starting much like yesterday. Here in Europe... the Greek leader is at it again.. more whining and bitching about the creditors who have helped keep Greek financially afloat for years... if not decades.


It would almost seem like he is wanting to antagonise the EU/ECB/IMF, and subtly prepare the mainstream for a default.

Right now an actual exit from the Euro seems unlikely..at least until a default has occurred..and faded a month or two into the past.

--
*as for yours truly today... I will have my eyes on a possible INTC short. Broader price structure is highly suggestive of the $29s within the near term.. and it would be one way to be short the market.

I will assess after the FOMC announcement at 2pm.... I am certainly in no hurry.

Frankly, I think Embry is badly wrong... at least in the near/mid term. Metals are highly vulnerable to another major wave lower. Gold still looks set for the giant $1000 threshold, not least if the USD breaks >DXY 100 later this year.
-

Cramer '... you don't take on the IMF, they are like the Impossible Mission Force'.

Seems the defendents of the IMF are coming out of the woodwork this morning... as the Greek leader continues to slate them.
Posted by Trading Sunset at 12:15:00
Email ThisBlogThis!Share to TwitterShare to FacebookShare to Pinterest
Newer Post Older Post Home