The VIX, whilst it remains under 20, is still suggesting there is still good underlying bullish strength in this market. The general short term formation 'could' be a bull flag, but the VIX is sure not projecting much volatility upside into Wednesday, despite the looming FOMC announcement. 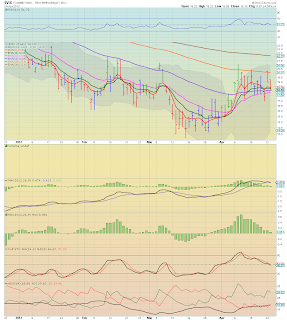 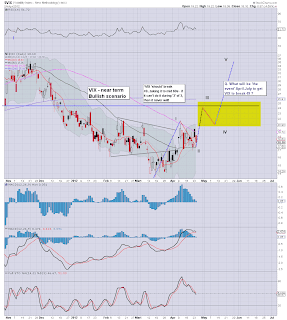 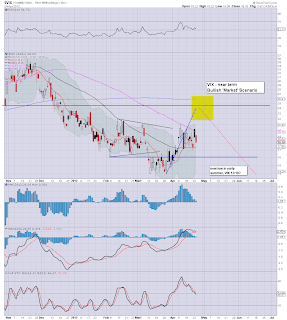 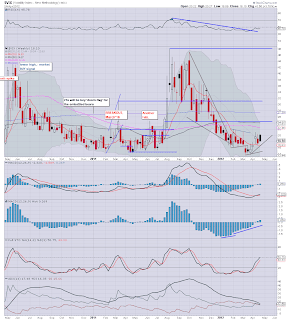 The weekly chart is still supportive of the notion that the market peaked around sp'1422. The MACD cycle on the VIX weekly has been crawling back upward for over 3 months, and is indeed now net positive. The upper bollinger band of 24/25 I believe would be the near term ceiling for any spike. So, VIX 24 and Sp'1340, that would make sense to me for the next cycle floor.

At some point of course, the VIX will once again explode into the 30s...40s..and even 50s. The 2008 collapse wave peak of the 90s feels like a twisted fading nightmare, but of course, the financial 'system' itself is fatally flawed, so one day maybe I'll make a post of 'VIX hits 100..its the end of the world!'. Whether that is months..or years away...I kinda hope I'm still around to make a post on it ;)