Whilst Apple has posted better than expected earnings AH, lets take a look at those daily cycles, via the Elder Impulse 'rainbow' style chart. 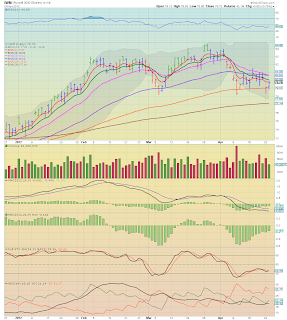 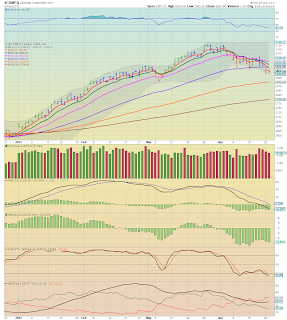 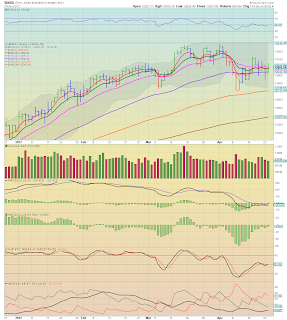 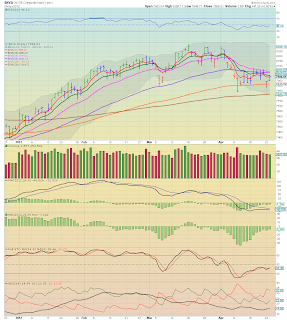 The tech' sector remains weakest, although that is partly due to the whacking that AAPL has endured. The Dow is threatening a bull flag formation, a break over 13150 would confirm that idea, and be suggestive of much higher levels. IWM and the NYSE comp' both remain inconclusive.

From a MACD (green bar histogram) cycle perspective, IWM, Dow, and NYSE are very close to going positive cycle. This is a VERY serious threat to even the near term moderate bearish target of sp'1340.

If the bears are going to break this market below the recent 1357 low, they will need to do it no later than Wednesday afternoon or early Thursday. If the market merely trades sideways across the next few days, the bears will likely have missed their chance, and then we'll cycle up into May.

The markets reaction to the FOMC tomorrow..will be extremely decisive.
Posted by Trading Sunset at 22:04:00
Email ThisBlogThis!Share to TwitterShare to FacebookShare to Pinterest
Newer Post Older Post Home