10am update - the bear flag holding

Its a bit of a minor battle right now, between the crazy lunatics still looking for sp>1400, and those aiming for 1340/25 later this week. Daily cycles suggest at least a few more days lower to come. 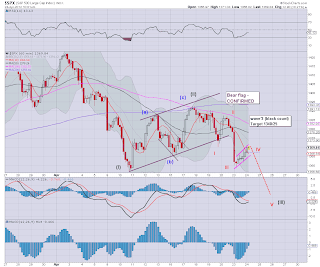 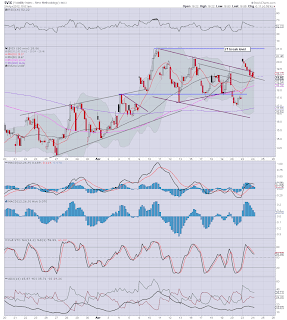 Bears need to see VIX close higher again today, 21+ sure would be decisive, but it does not look viable either today.

Everyone is getting obsessed with what the FOMC will say in tomorrow afternoons report. There won't be any new QE tomorrow, nor in May. I suppose June is possible, but in market land, that is a long ways away. We'll surely sell off before then, at least down to the 10MA on the monthly - sp'1285, if not into the mid 1100s.