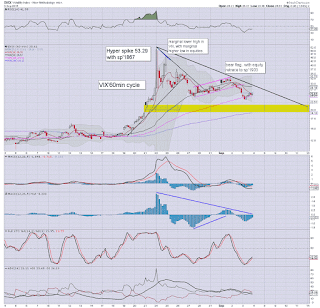 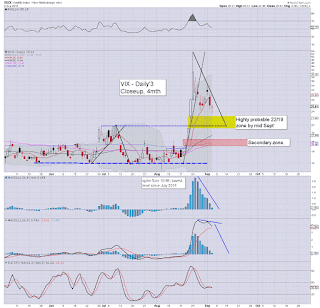 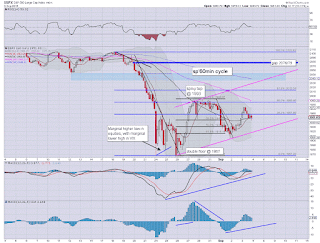 *closing hour.. moderate chop... and despite a new intra low of sp'1944, this was certainly nothing for the equity bears to get overly excited about.
--

A somewhat tiresome day... so this needs to be short!

Suffice to say.. opening gains - as inspired by Draghi.. then a natural wave lower to the 1950 threshold.

No doubt a fair few bulls were twitchy this afternoon, but all things considered, the broader upward trend from sp'1867 is comfortably intact, and we're set for the sp'2000s next week.

more later... on the VIX
Posted by Permabear Doomster at 21:02:00
Email ThisBlogThis!Share to TwitterShare to FacebookShare to Pinterest 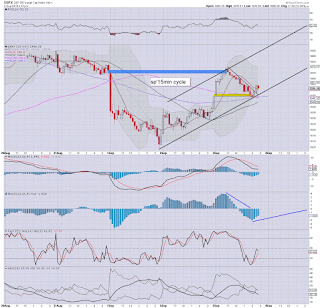 Interesting day... and I'm starting to get tired...

Watched the Trump earlier on clown finance TV...  I'm really not sure the American people are ready.. or even deserve such a straight talking leader. Make of that... what you will. 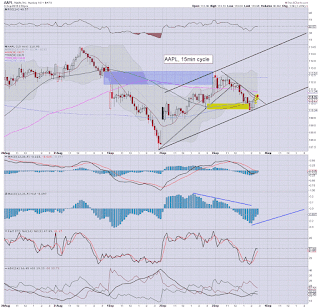 From a pure cyclical perspective, the setup favours the bulls across tomorrow.
Posted by Permabear Doomster at 19:53:00
Email ThisBlogThis!Share to TwitterShare to FacebookShare to Pinterest

US equities are well into the process of attempting to build a floor from the soft threshold of sp'1950. The monthly jobs data certainly offers further uncertainty into tomorrow, but broadly.. the market still looks due further upside into next week.... and quite possibly FOMC week itself. 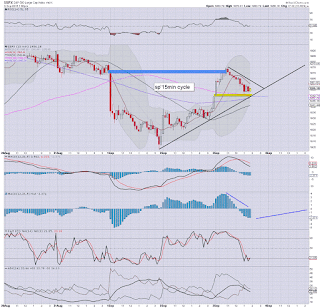 Interesting day.. and one where many will feel like they are back in the washing machine on spin cycle.

Market should be able to churn sideways for the rest of today.
-

Yours truly is looking at AAPL, now $2 lower than my opening exit. 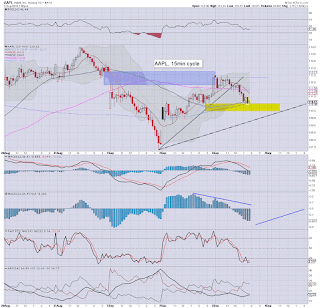 Frankly... I'm not particularly in the mood for another trade today.. not least ahead of the jobs data... and a long weekend.  ... but hey... I might change my mind.
--

It is a small position.. barely half of what I held this morning...  I remain in 'trading light' mode...  but I do see renewed upside from here.

US equities continue to slowly cool from the morning high of sp'1975. There are a number of aspects of support around 1950, and the market should stabilise in the 2pm hour. VIX is threatening to turn briefly positive... but broader target remains 22/19..and its notable that we did see 23.45 today. 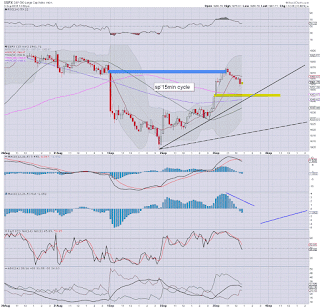 No doubt a fair few of the bull maniacs are getting increasingly unsettled as most of the US indexes look set to turn fractionally negative.

With the big monthly jobs data tomorrow.. equity bears face the real threat of renewed upside into the weekly close.
- 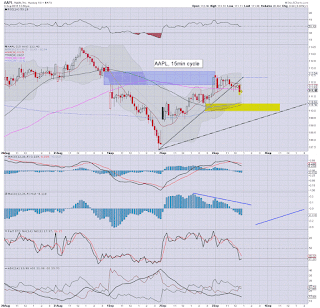 1.16pm.. Market offering an initial floor @ 1950.    Its kinda funny really.
Posted by Permabear Doomster at 17:51:00
Email ThisBlogThis!Share to TwitterShare to FacebookShare to Pinterest

US equities are cooling from a morning high of sp'1975. Considering the 15/60min cycles.. fractionally red indexes are possible... leading into the Friday jobs data. No doubt some bulls are getting unsettled, but the broader upward trend into next week remains intact. 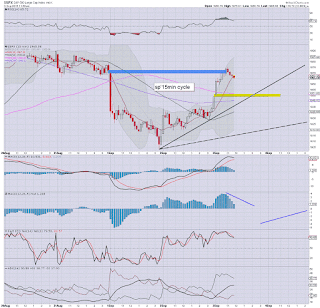 Without getting lost in the minor noise.. its likely just another little down wave.. even if we see the sp' turn negative this afternoon. 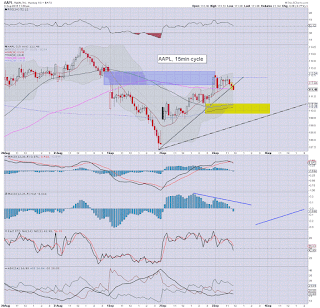 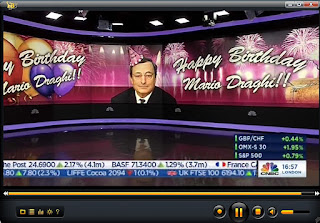 --
time for tea
Posted by Permabear Doomster at 16:51:00
Email ThisBlogThis!Share to TwitterShare to FacebookShare to Pinterest

After a touch of early weakness, the broader trend from the Tuesday low of sp'1903 continues. There is natural hourly upper bollinger band resistance in the 1980/85 zone. A daily close >1990 will be more likely after the 3 day break. Metals remain weak, Gold -$7 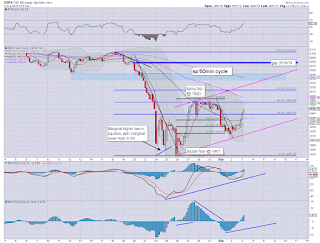 What should be clear.. regardless of any sporadic down waves... this is no market to be short right now.

--
AAPL is struggling relative to the main market. 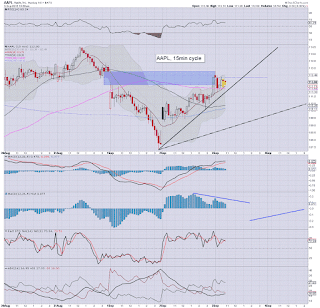 ... although nowhere near as bad as NFLX.. there are real problems in that stock this week. 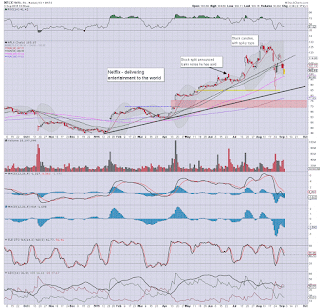 Note the flash-print to the $85 gap zone... with an even lower target for next equity down wave.


11.01am
special note... at the current rate of increase, the daily MACD cycle for the sp'500 will turn positive late tomorrow/early Tuesday.

At that point, there is a viable 3-5 days of 'likely upside'... if with the occasional moderate down day. It is why I am looking to hold off on market shorts until FOMC week itself.

I see no hurry right now... not least with a long weekend ahead.
-

AAPL remains especially weak... the 110s look viable.    I shall consider that.
- 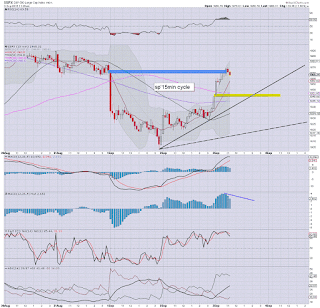 Clearly, a break under the 1903 low would be a critical warning, but I really don't see that as viable.
-

11.41am.. Just another natural micro down wave.... and no doubt.. some of the bulls are getting a little unsettled.

NFLX -3.2% @ $102.... not pretty
Posted by Permabear Doomster at 15:52:00
Email ThisBlogThis!Share to TwitterShare to FacebookShare to Pinterest

US equities open moderately higher, with the sp +15pts @ 1964. VIX continues to cool, -5% in the 24.70s. Regardless of any sporadic micro down waves, the broader trend looks bullish beyond the 3 day holiday weekend.. and probably into FOMC week. 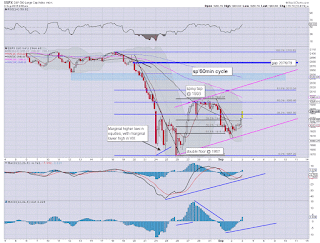 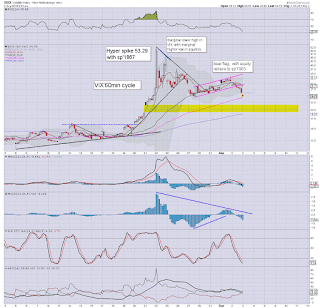 All things considered... we're another day closer to a viable market crash... and I don't use the C word lightly.

Anyway.. first things first... we've an FOMC to get through.. in TWO weeks time. 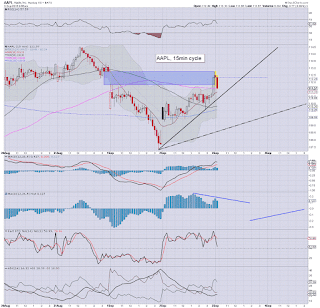 Good morning. Equity futures are moderately higher, sp +7pts, we're set to open at 1955. Continued upside looks due into next week... at least to test the big psy' level of 2000. Metals and Oil are both starting the day moderately weak. 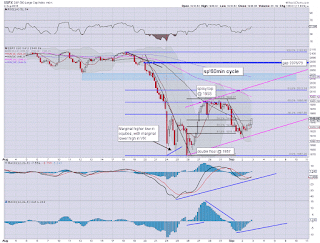 So.. we're set to open somewhat higher, The hourly cycle is offering the 1980s in the immediate term... and that certainly seems viable by the weekend... if the market sees the monthly jobs as 'Goldilocks'.

I realise some out there are seeking renewed equity downside in the near term - not least after the Tuesday train wreck, but I remain of the view we're forming a giant wave'2 /bear flag.

In theory, the current wave from 1903 could continue upward into FOMC week, and by then.. we could be as high as 2050 or so.

For now... I won't short this market... and will merely continue with moderately sized long positions. I'd like to exit AAPL in the 114s today... that seems possible.
--

*Draghi will have a press conf' in the 8am hour... market will be carefully listening. 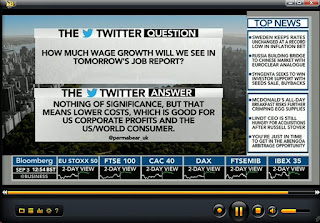 .. and here is the latest extended QE threat... 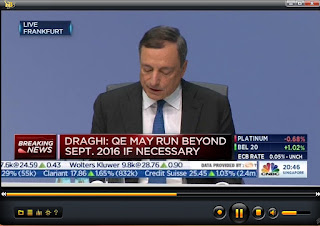 Naturally, the equity market likes to see that sort of headline.
- 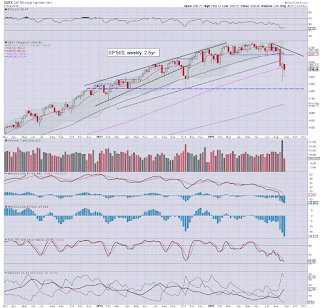 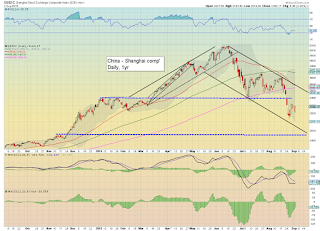 US equity indexes closed significantly higher, sp +35pts @ 1948. The two leaders - Trans/R2K, settled higher by 2.4% and 1.6% respectively. Near term outlook is for continued upside, with the sp'2000 threshold probable next week. 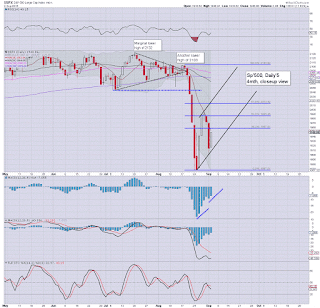 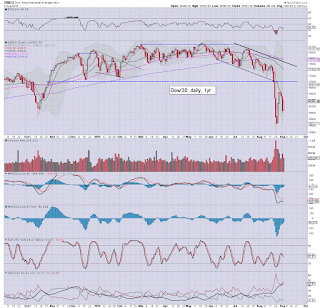 It would seem we have confirmation that the move from sp'1993 to 1903 was a retrace.. if a very powerful one.

All indexes look set to break above last weeks highs... whether by this Friday... or sometime next week.

-
*I hold long-AAPL overnight, with no interest to short the market until FOMC week.