BREXIT remains on the menu 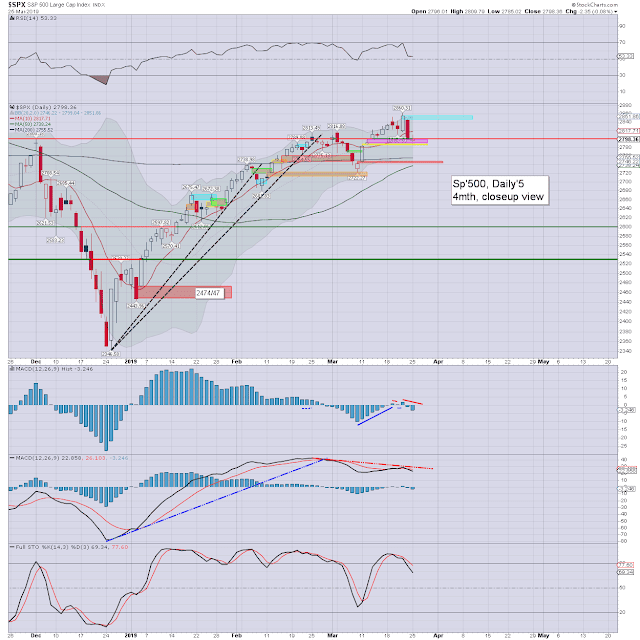 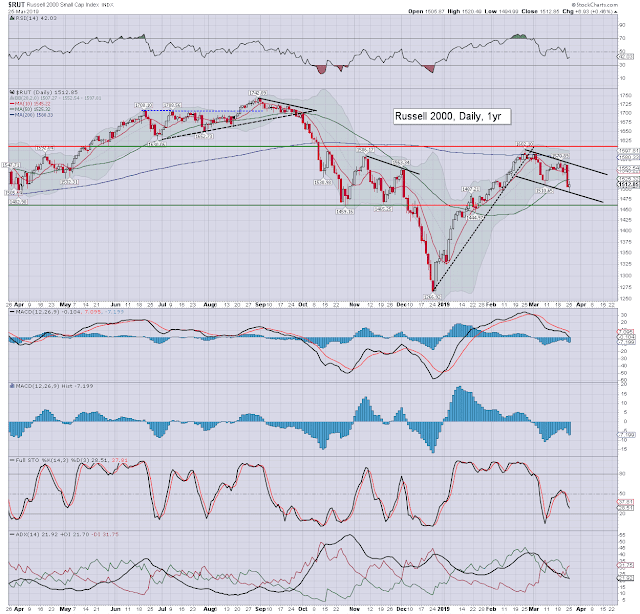 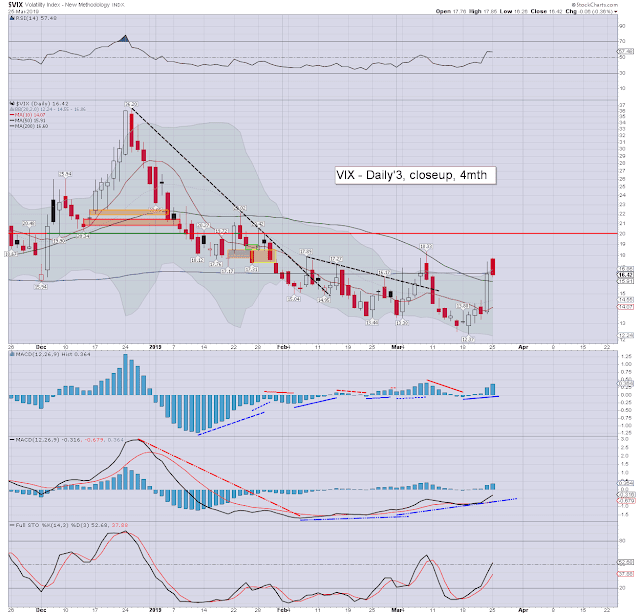 US equities began the week some moderate swings, opening weak, a failed reversal, moderate declines to sp'2785, but then clawing back upward into the afternoon. The closing hour saw further chop, notably failing to hold the 2800 threshold. On balance though, a bounce to the 2810/20s appears more probable, than a straight run to the 2750s.

The second market leader settled +0.5% at 1512. It can be argued price structure from late Feb' is just an ABC, or some kind of big bull flag. That is something I noted in the weekend post.

Volatility fractionally broke last Friday's high, but then went into cooling mode, settling -0.9% at 16.33. S/t bearish, with a notable gap - from March 22nd (not viewable on daily chart) in the 14s.


BREXIT remains on the menu

As law stands, the UK is set to exit the EU this Friday, March 29th at 11pm GMT. That is the default position, and will ONLY change if PM May decides to have the law re-written.

The UK, EU, US, and other capital markets are not taking the situation seriously. Any 'hard'/no-deal BREXIT will likely be very problematic. It would spook the markets... if only for a few days, much like the actual vote in June 2016.
--

It was a mixed day for yours truly. I made a run for the exit at the open in ROKU. That was one of my better decisions lately, as the stock duly swung upward, and then hyper ramped on speculative buyers with the AAPL announcement.

I had server issues though, and those stress me out more than any trading loss. I am thankful that I at least have a reliable old home here... courtesy of GOOGL.

Tuesday should be back to normal at http://subscriber.permabeardoomster.com
--

Goodnight from London
--
If you value my work, subscribe to my intraday service (where the server is usually working)
For details and the latest offers, see: permabeardoomster.com