US equity indexes closed significantly lower, sp -19pts @ 2064. The two leaders - Trans/R2K, settled lower by -1.5% and -1.2% respectively. Near term outlook remains borderline, as until the Friday low of 2039 is taken out, price action still remains pretty choppy... with a broadly subdued VIX. 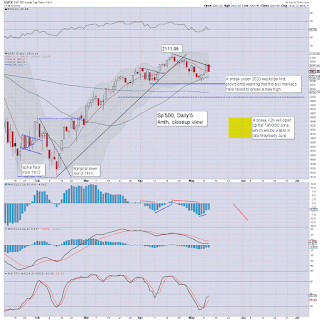 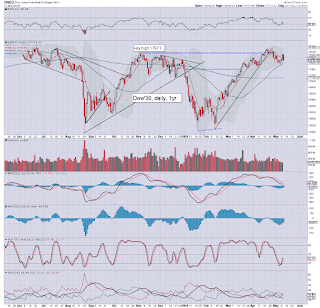 Dow: 217pts of the Tuesday gain of 222pts were negated.. which is pretty bearish.. and offers moderate opportunity for near term downside to the 17300/200s. A break <17K looks out of range for at least another 3-4 weeks.