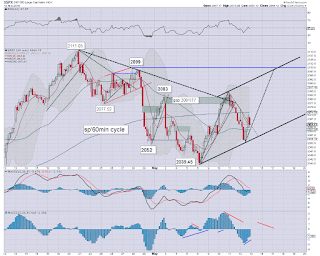 I'm sure the financial historians of the 22nd century will overlook it, but today was a pretty good example of just how bizarre things currently are.
-

re: near term targets... clearly, equity bears need to take out today's low of 2053 to negate the serious threat that we'll battle back upward to 2090/2100 early next week.

Even a move to the 2000/1990s looks difficult... as reflected in a VIX that appears magically pinned to the mid/low teens.

To those who survived today mentally intact.. congratulations, that puts you in the top 1%.