US equities have seen a decisive failure to hold the Monday low of sp'1901, with a clear snap lower as a truck load of long-stops were triggered - new cycle low of 1886 and VIX 26.11. For now, VIX is still not showing any sign of hyper-upside. 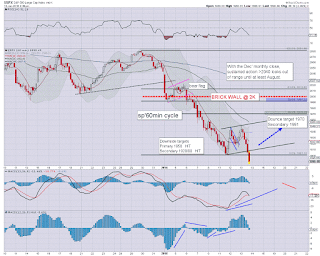 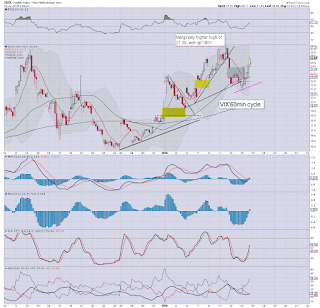 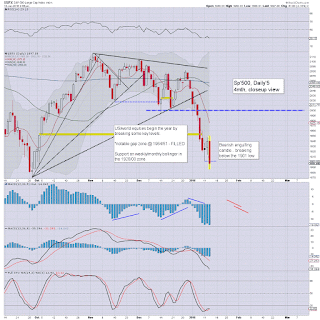 Seen on the daily chart.. today's reversal is a HUGE one, and bodes for further downside.
- 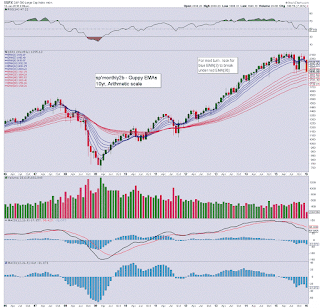 Were we to hit that level.. even I would consider going long
- 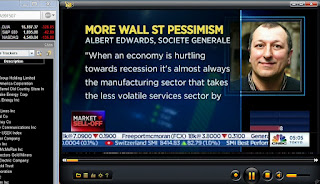 3.17pm.. Its getting choppy again... and barring some kind of absolutely bizarre hyper-ramp into next week, the 1970s are out of range.

The only solace for the equity bulls.. the VIX has not exploded into the 30s
-

Regardless of the close.. a major failure for the bulls... as EVERY rally is being sold into.

I realise many will now look for 1867 to hold... but 1750/25 zone IS a valid target within the near term.
Posted by Trading Sunset at 19:51:00
Email ThisBlogThis!Share to TwitterShare to FacebookShare to Pinterest
Newer Post Older Post Home