How high could Oil go?

Whilst equities saw a new cycle high of sp'1991.. and settling @ 1979, there was far more notable action in WTIC oil, which settled higher by $2.33 (5.0%) @ $48.53. Price action has been increasingly tight lately, but appears to again be trying to confirm a bullish pennant.. with viable upside into the mid 50s. 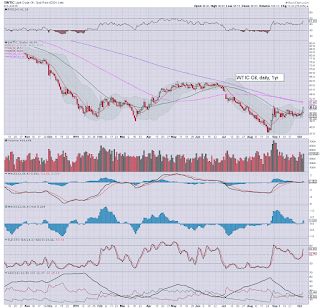 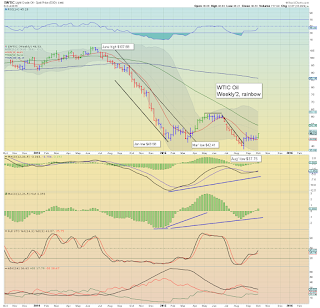 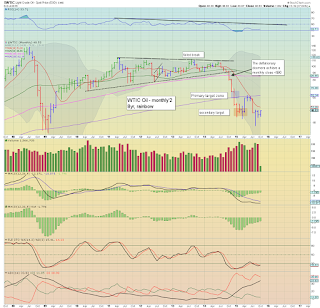 *a VERY notable green candle on the weekly chart.. the first since mid May.
--

Price structure across the last 5 weeks or so is a bullish pennant, with today's move a possible early phase breakout.

To be clear though.. supply remains an issue.. and with a relatively weak global economy.. there are also demand issues. I don't see sustained price action >$60 for the remainder of this year... or even for most of next year.

The wild card (in terms of possible hyper upside) is the middle east.. not least Syria and Iran.. but then.. isn't that always the case?
--

*If I 'had to' take a trade in Oil, I'd be long.... not least as the USD is currently threatening renewed downside to the DXY 90 threshold.
--


Loans for the poor

As an aside from the lunacy that are the world capital markets.. something I noticed on UK TV this evening... 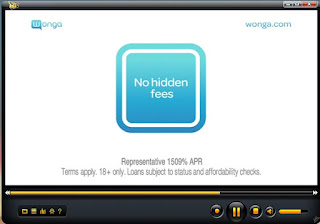 A pretty standard advert for Payday loan company 'Wonga'. The APR was a mere 1506%. What a bargain huh? It must be a sign that the UK economy is doing great.. as this company continues to increase loans to those of the lowest financial strata.

I'm not sure if those of you in the USA also have similar advertisements on mainstream TV in the evening, but here.. its pretty standard now. Frankly, I find it gods damn sickening, but then.. if you believe in choice - as I do, I'd not have any restrictions.

What happens when the next financial crisis/recession hits? I guess that would be even more bullish for the loan sharks?