Whilst US equities closed moderately lower, the more dynamic price action remains in the Chinese market. The Shanghai comp' opened higher by almost 8%, but settled +2.4% @ 3775. The 3500/300 zone remains a valid target in the immediate term. 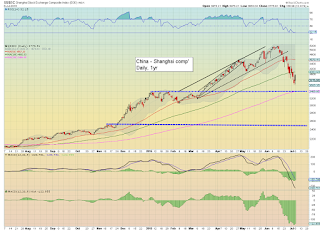 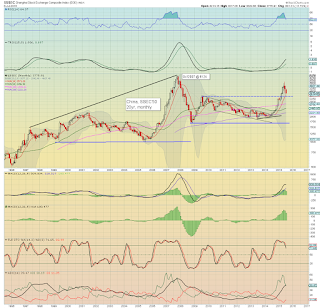 Suffice to say, June was a clear mid term top in the China market - following slightly earlier tops in most of the EU markets.

Despite the increasingly desperate intervention of the Chinese leadership to 'inspire' higher stock prices, on any fair basis, it seems overly risky to go long China, at least until early October.

However, no doubt the US/world capital markets will be almost entirely focused on the continuing Greek drama.. as negotiations are set to begin between an increasingly resolute Tsipras.. and the Troika.
-