*stockcharts is FAILING to update... hopefully it will not be broken for the whole day. However I can still draw on my charts though! 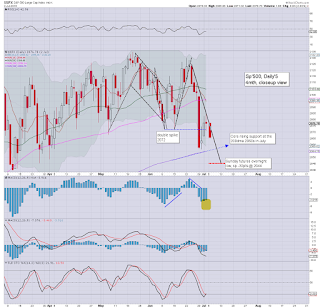 A relatively subdued open.. considering the news. Are the China govt' trying to buy the US market too?
--

More than anything right now.. VIX has rapidly cooled from the open. No doubt.. the opening candle is now a giant black-fail.. with an opening spike high of 18.95.... now 17.50. 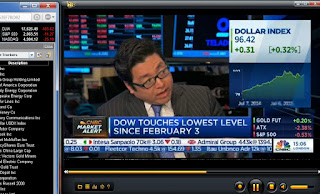 It still amuses, Lee was most upset last week at one of the lunch time analysts who said he is never bearish, lol
-

10.31am Stockcharts.com remains broken..  and its starting to annoy me.

Typical turn time remains 11am..... and I would imagine we'll roll lower from there....  much like last Monday.
-