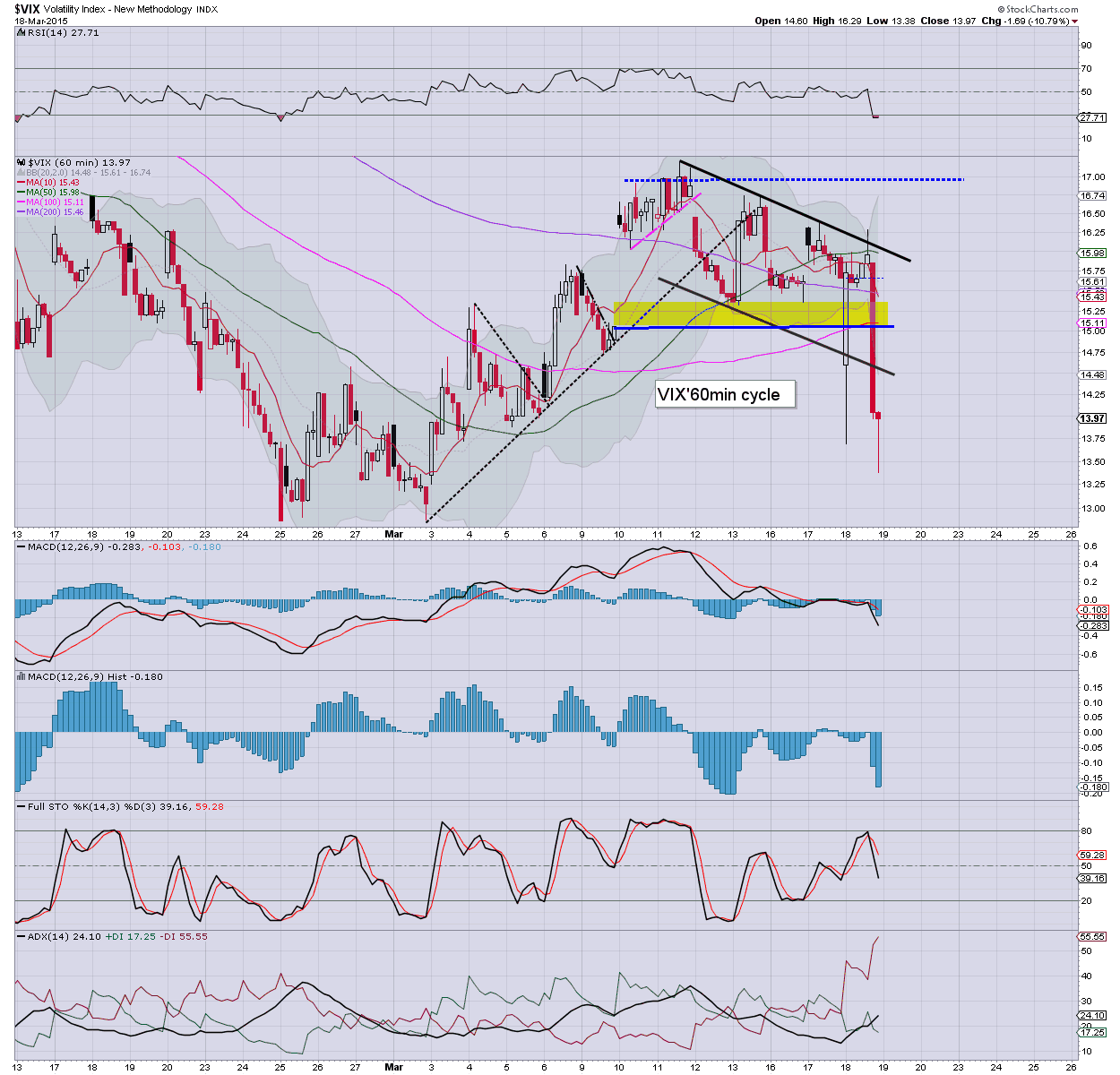 *the opening VIX trades were pretty crazy this morning, with an opening low of 13.69.
--

So.. with equities soaring on the 'FOMC relief', the VIX was crushed back lower.

Yesterday's black-fail candle was (in retrospect) probably more of a warning than I was taking seriously. As things are.. the 12/11s now look viable.. as early as the coming weekly close.

The big 20 threshold looks out of range for some weeks.. if not until at least May.