Good morning. Futures are moderately lower, sp -8pts, we're set to open at 2066. Metals are a touch higher, Gold +$2. Oil remains under severe pressure - ahead of the EIA oil report, -1.4%. The capital markets await.... the FOMC announcement at 2pm. 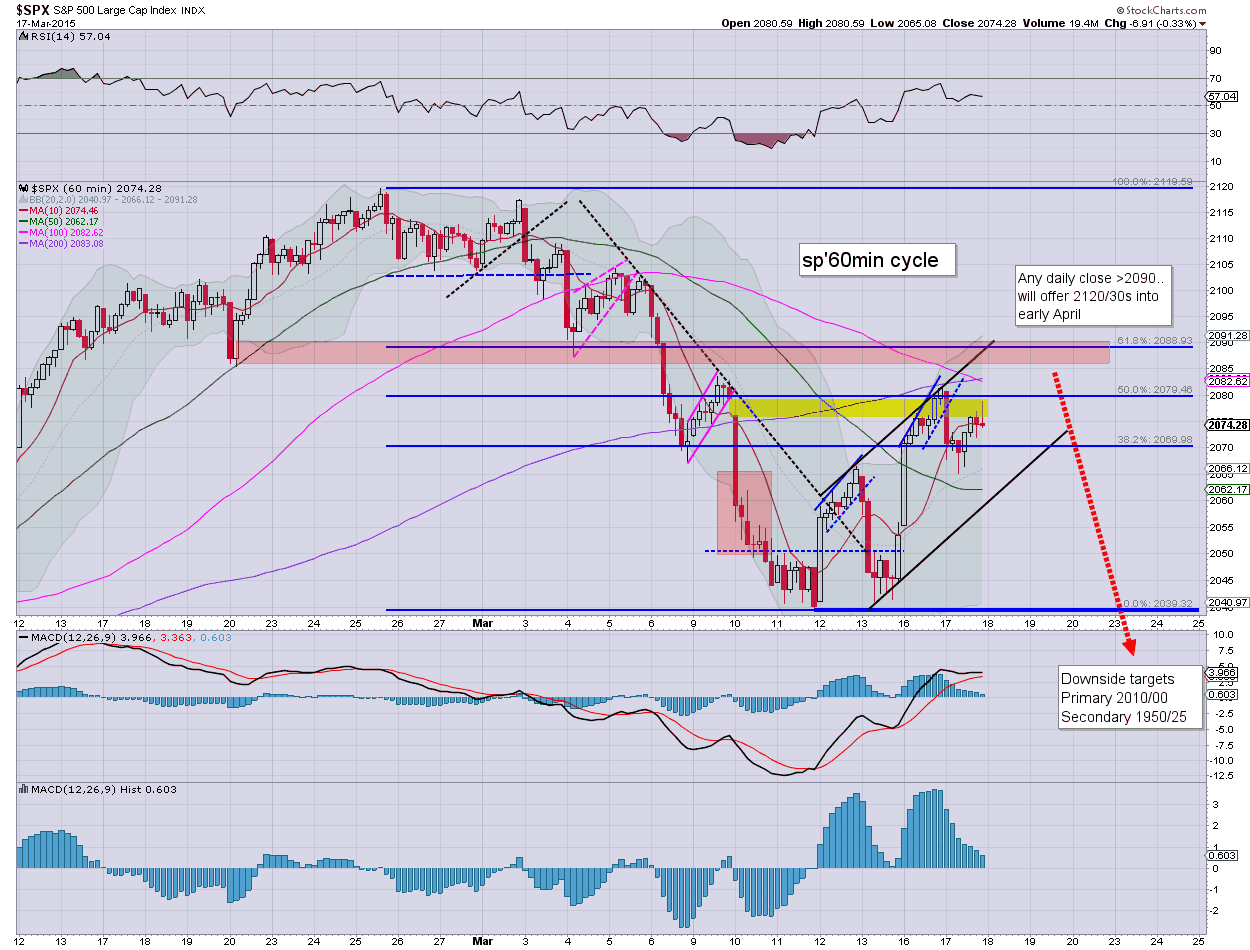 So.. we're set to open a little lower, like yesterday. However, market is likely to remain in minor chop mode ahead of the fed.

*the EIA oil report - due 10.30am, will be very important. Any surplus >7 million is going to really pressure Oil... and a daily close in the 41/40s is probable. Sub 40s are easily possibly by the weekend.

Arguably, the prime time for an index short will be around 2.05/2.15pm... just after the announcement. Many times the market can briefly spike.... only to then reverse all the way into the close.

In the grander scheme, we're still only talking about a downside swing of around 3-4%. There is broader trend support in the 1950/25 zone.... but first things first.. lets see if we get stuck this afternoon.

It is notable to finally see (only took Mr C. eleven weeks) to issue an end year target of 2300/350. That is broadly inline with a fair few others who submitted a number at the start of this year. Further it would be the mere continuation of trend, it really isn't that bold an upside target..

As for Gold, I'm in broad agreement, and there is a VERY high probability Gold will take out the Nov' low of $1130 within days.
-

We have a long day ahead... enjoy.

As ever, please feel free to say hello, it is always good to hear from some of you during the day. From 2pm onwards, intra-hour updates will be pretty fierce... so... stay tuned, on what will be one of the busiest days I have. 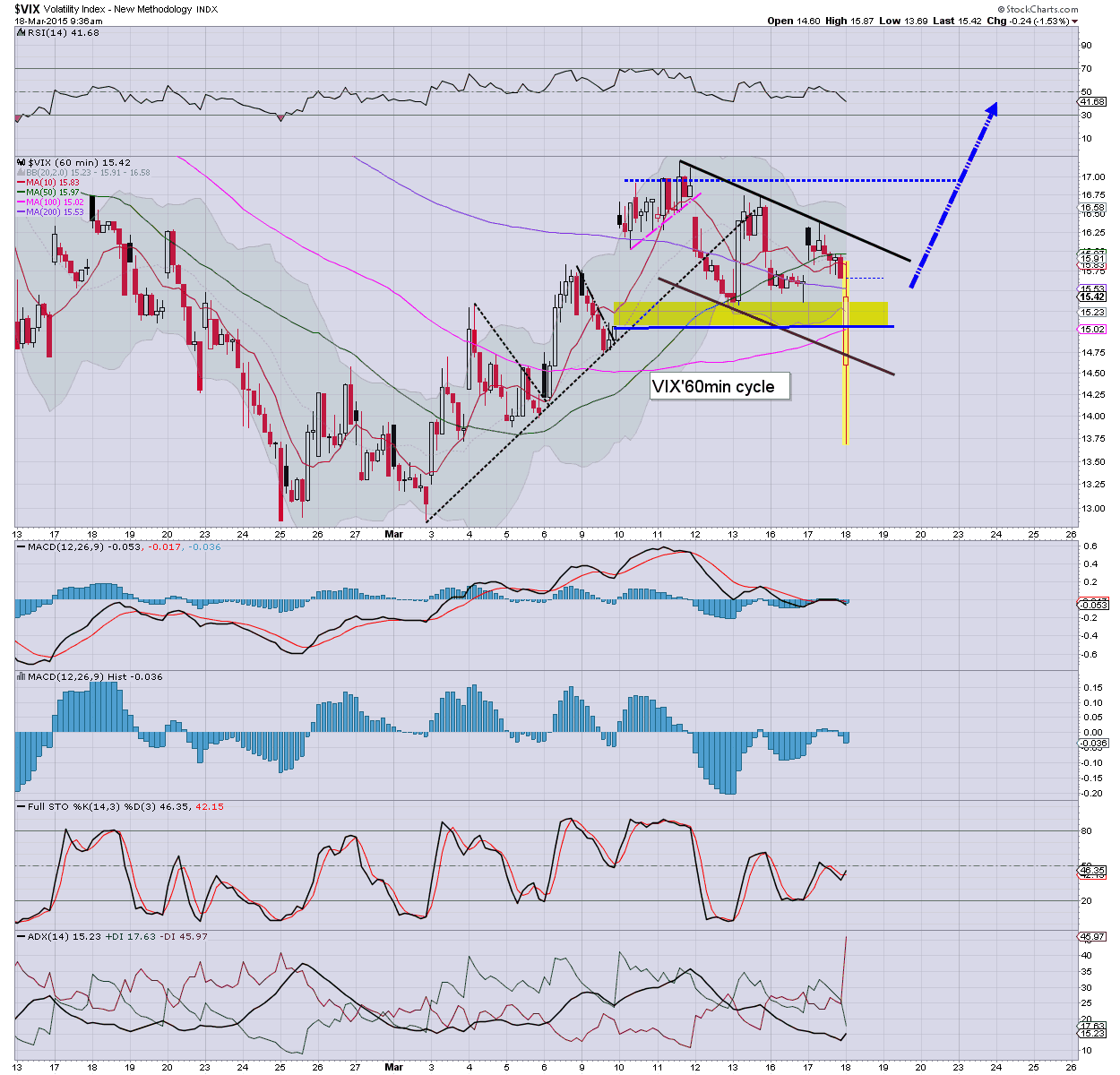 9.44am... the VIX daily candle (assuming equities close in the 2060s.. or lower) will be a truly wacky reversal... marking a rather stark key turn.

Notable weakness: Oil -1.9%..... but hey.. some consider that 'not important'.
Posted by Trading Sunset at 12:12:00
Email ThisBlogThis!Share to TwitterShare to FacebookShare to Pinterest
Newer Post Older Post Home