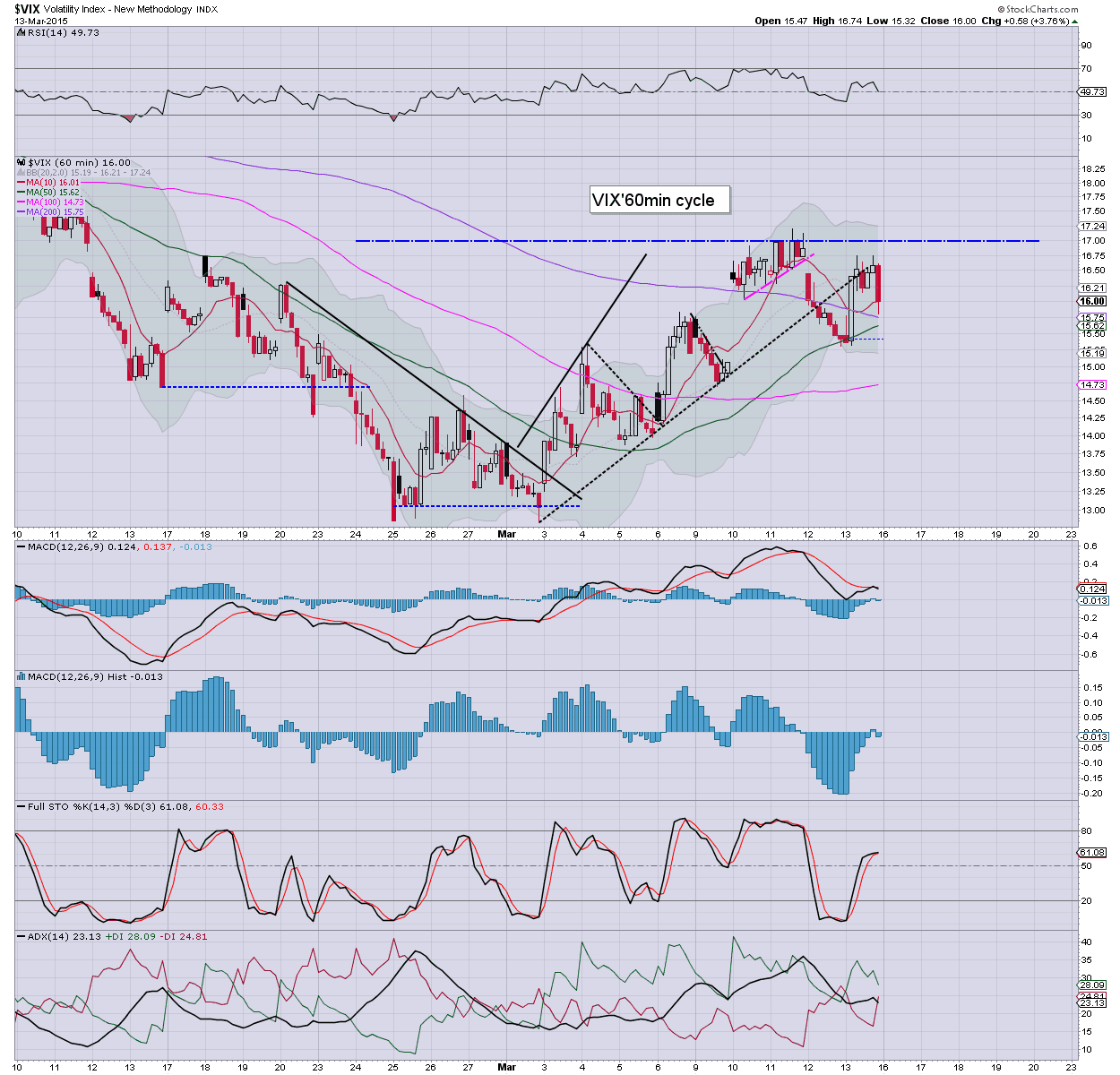 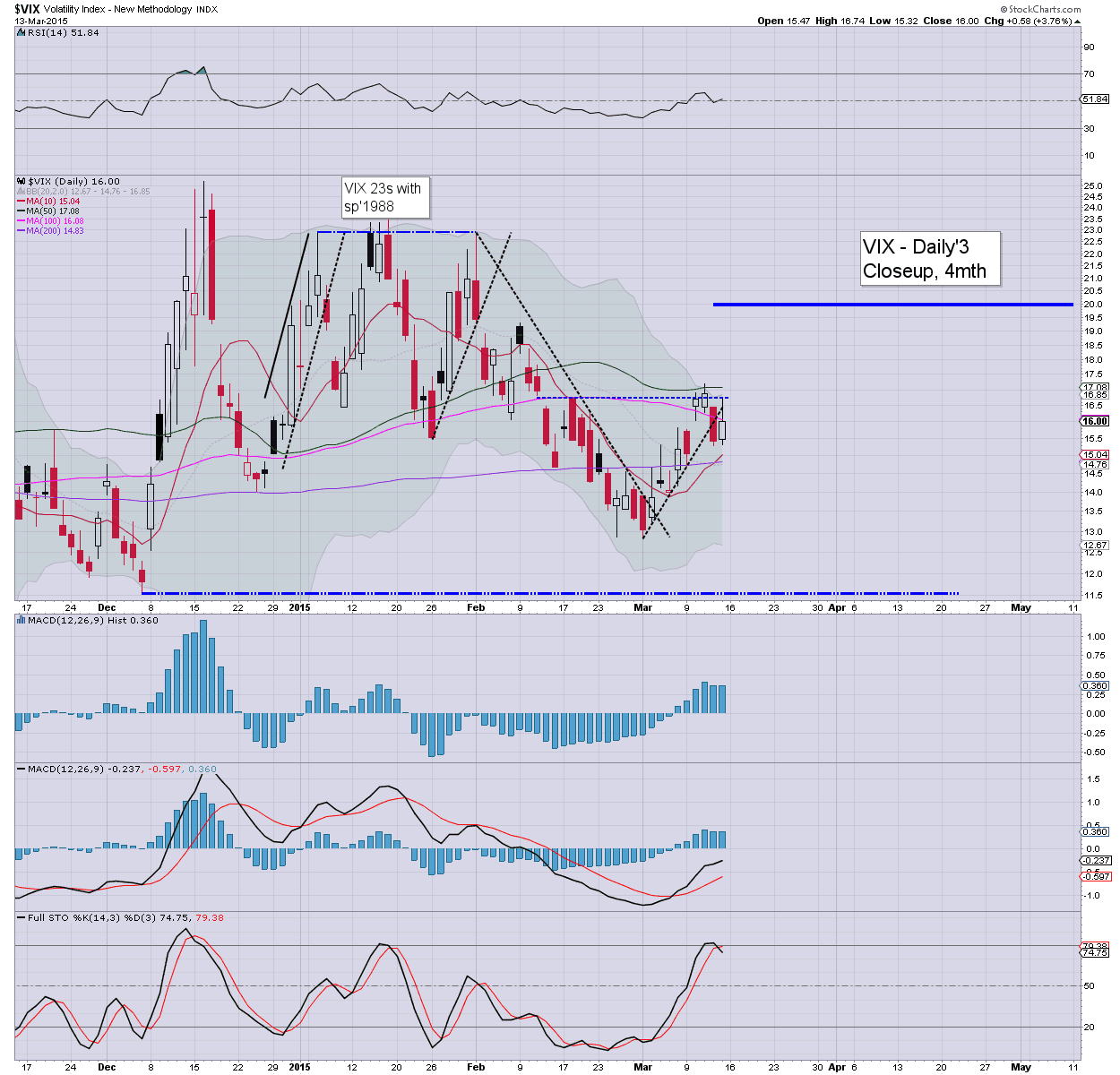 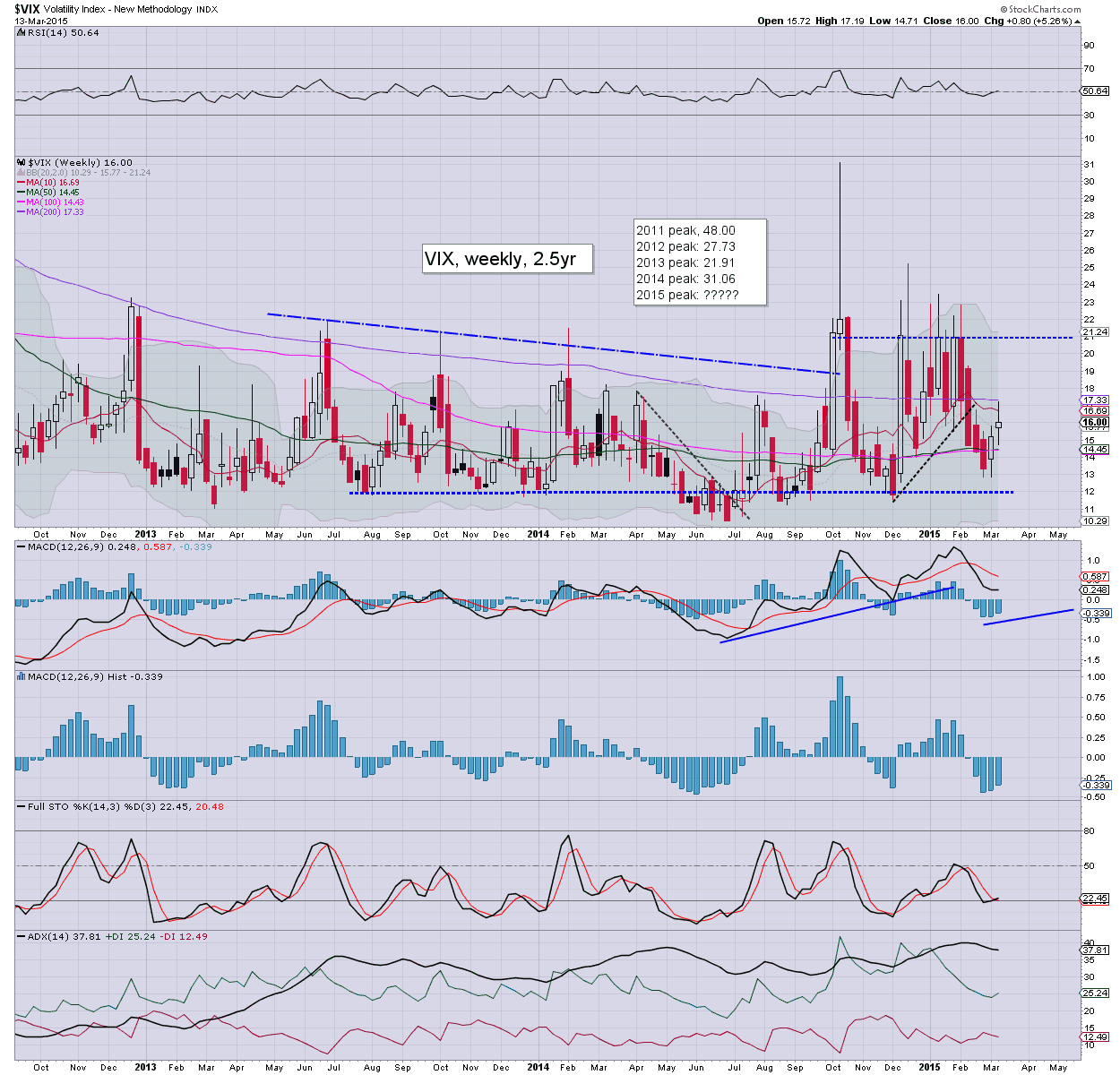 Suffice to say...  despite some major down days across the last few weeks, VIX remains relatively subdued. The big 20 threshold looks out of range in the immediate term.

Weekly MACD (blue bar histogram) cycle has a potential bullish cross by the end of next week, and if so.. that would offer 25/30 in the last week of March.