Rallying into the weekend

US equities saw a day of significant gains, and look set for further gains into the weekly close. With the Yellen  set to be playing more word games of 'patience' next Wednesday, if the market gets upset.. there is a serious threat of renewed downside to the 200dma.. around sp'2k. 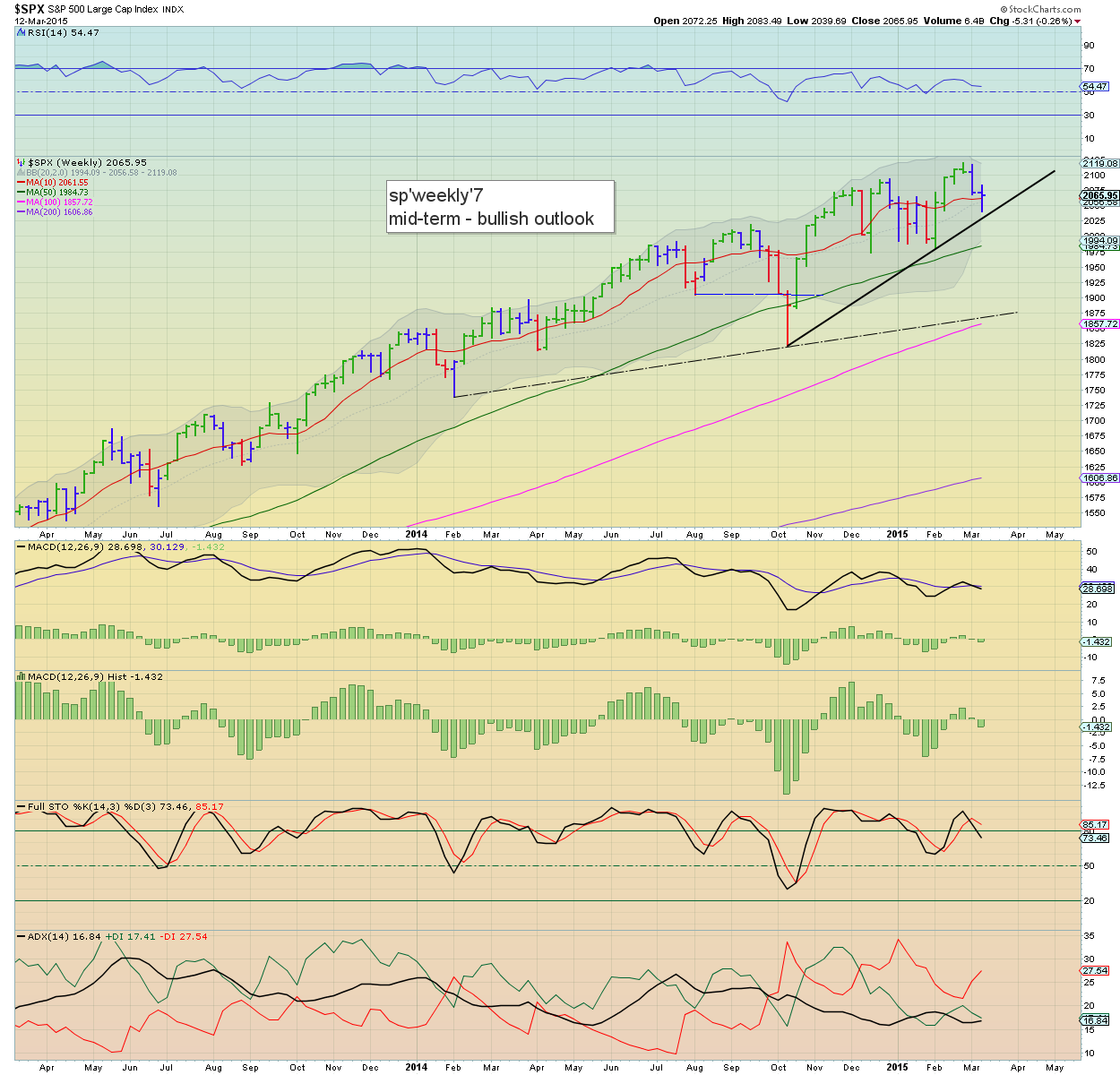 *more so than the net daily equity gains, we have a notable flip in the weekly 'rainbow' candle from red to blue. Even if we close the week blue though... it will still make for a continued moderate warning to the bulls for the second half of March.
--

So... we're back above the daily 10MA of sp'2059, and now the issue is whether the new up wave results in a lower high... or just proceeds straight up. 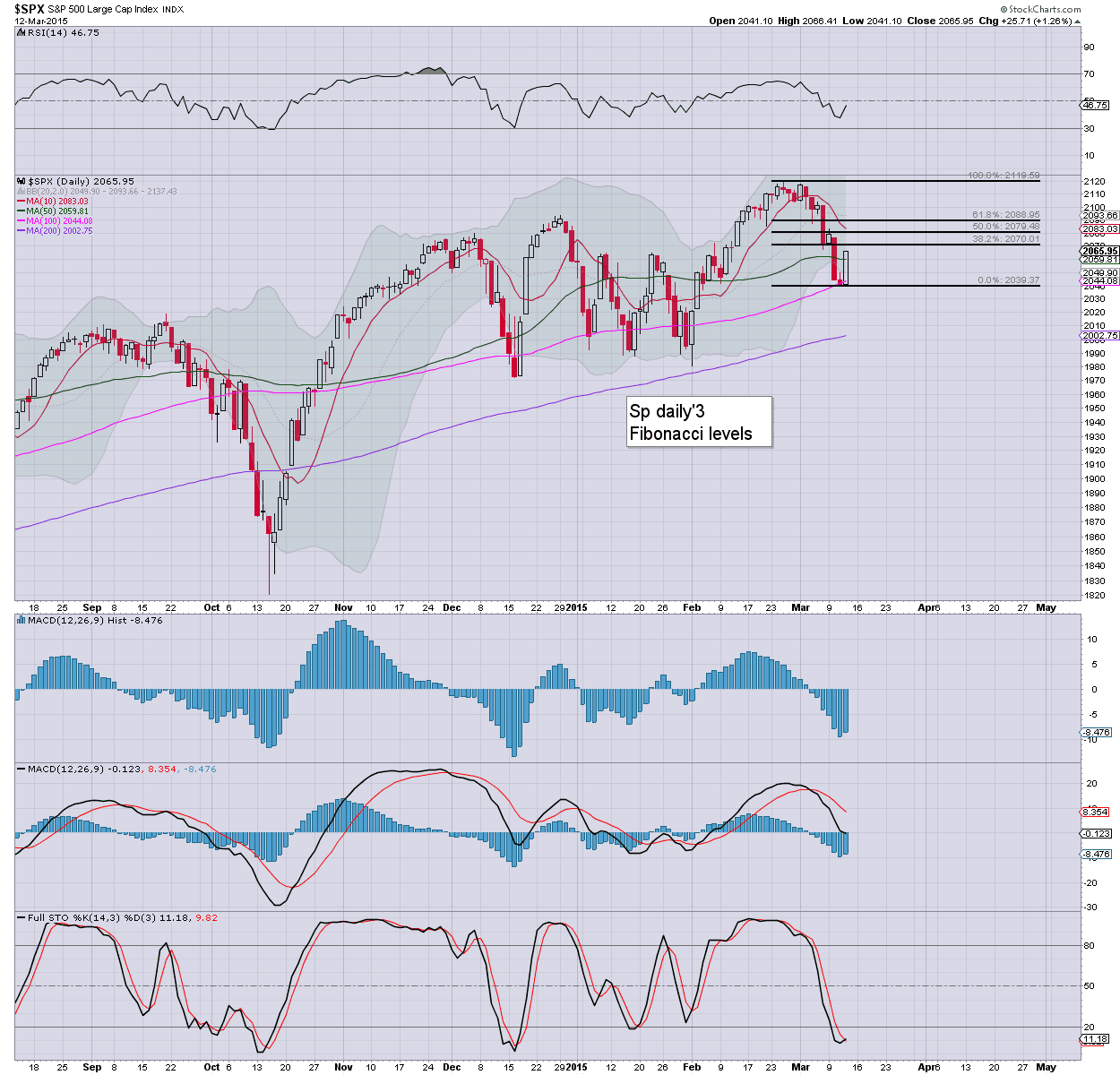 Best guess? I'm getting highly suspicious that the market will get stuck around 2075/80, see some chop across Mon-Tuesday... and then begin a new down wave next Wed/Thursday.

If correct.. first downside target is sp'2000. Absolute 'best case' for doomer bears will be the broader rising trend... which by end March will be around sp'1940 or so.

In addition to threat of Yellen upsetting the market, there are a number of other reasons why stronger downside is viable.. not least of which are weak oil prices. 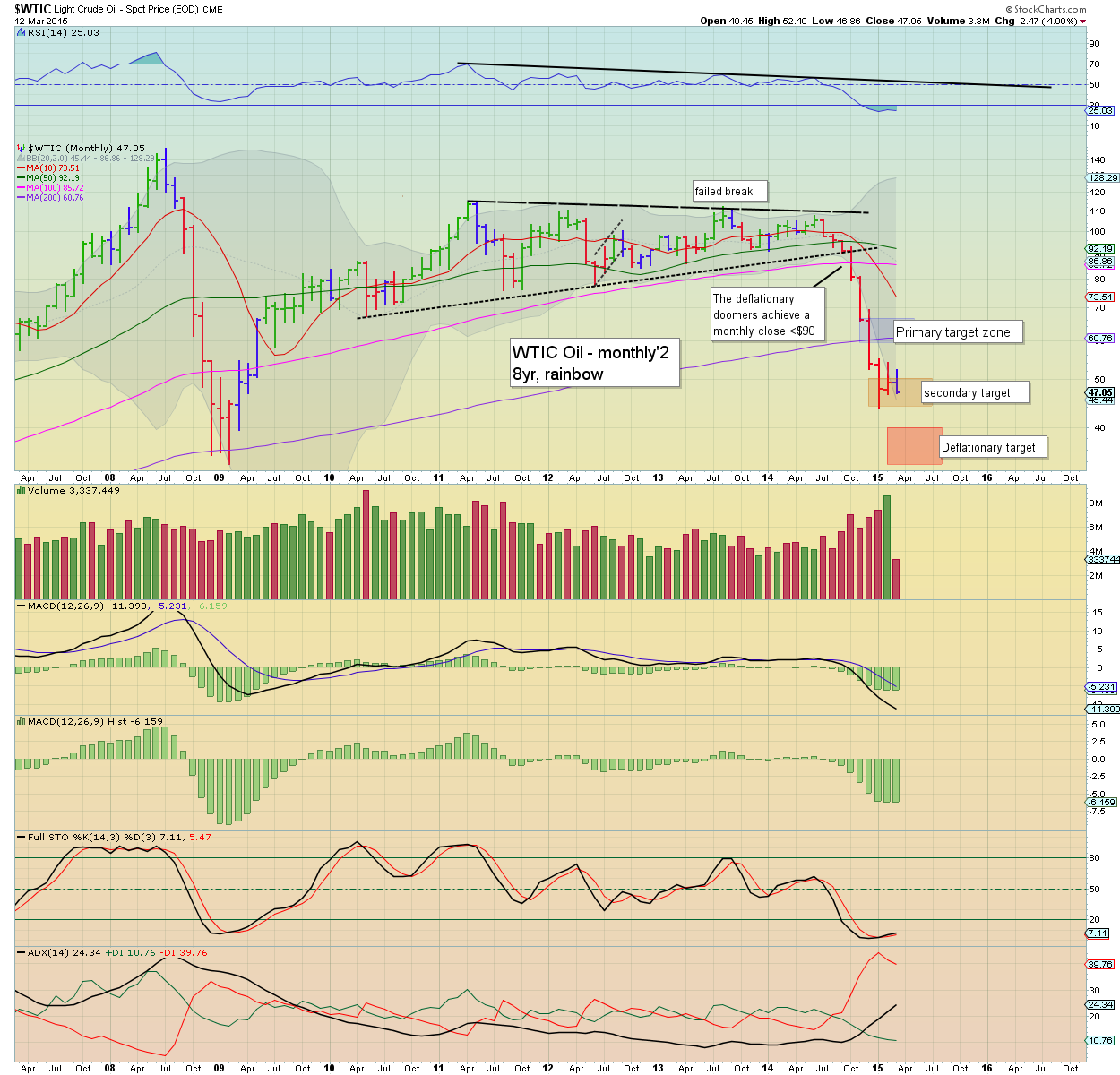 Thursday saw a net daily decline of -2.8% to $47.05, which is now making for a net monthly decline of around -5%. The monthly 'rainbow' candle is now in danger of turning back to red.. and if the $43.58 low is taken out... it would cause absolute havoc in energy stocks.. along with some broader market upset.