Equities open with some mixed chop, and the sp' has failed to hold what was a bull flag on the hourly cycle. Bears have a narrow window to knock the market lower, <1779, to complete an ABC scenario. Metals look weak, stuck under broken support - a significant drop is viable into year end. 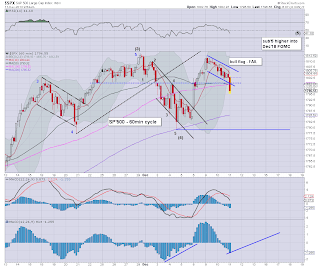 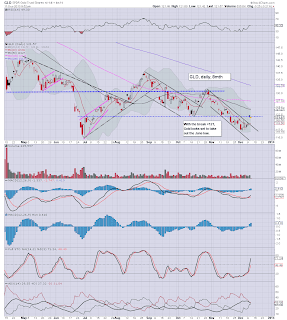 So...we're seeing a market that is actually starting to slide...surprisingly.

..the ABC scenario is back on.

Bears arguably have a very short window until early tomorrow, when another truck load of QE-pomo is delivered. For all those on the short side...now you have a chance...

Weakness everywhere...even the FB is lower by 30 cents..ohh the humanity!

I realise..a lot will be relieved at this decline...the much needed C wave ! You're getting your chance to exit !
Posted by Trading Sunset at 14:55:00
Email ThisBlogThis!Share to TwitterShare to FacebookShare to Pinterest
Newer Post Older Post Home