Despite the main indexes significantly lower (esp' the trans/r2K), the VIX is currently only 8% higher in the low 16s. This remains a market not particularly concerned about a western attack on Syria. Gold +$15..Oil +2.5%..the latter of which actually seems a relatively small move. 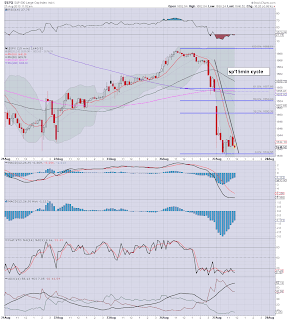 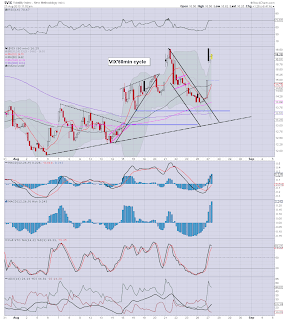 *there remains a lot going on...

If that is achieved, there is imminent threat of a flash lower to the 1570/60s..at any point in the remainder of the week.


12.13pm...another test of the 1638 low...Mr Market still looks primed to ramp..its not like we're not seen this type of action a thousand times before.

VIX should be the tell, if it can't break the opening high of 16.56... bears have problems. 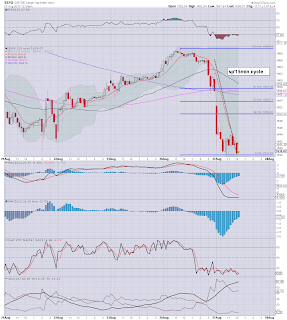 This is one frustrating market. For those playing the smaller cycles...now is time to go long, right?

For the bigger daily/weekly cycles..just sit back and ignore the noise. sp'1570/60s should be hit soon enough.