All those touting taper talk should shut up and go away (again). The Fed not only improved its outlook for inflation and jobless rates, but will continue QE at $85bn a month. Why will it stop...ever? Market remains a choppy mess, but looks set for much higher levels in the weeks ahead. 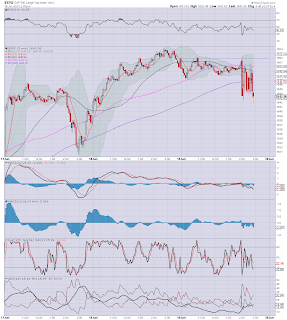 Indeed...so much for those who are counting on the paper printing to be wound down..even a little.

Market remains a choppy mess. Next downside target is around 1635.

-
*I will look to go heavy long the market early tomorrow

There really isn't much support now until 1620..at which point things would get VERY interesting. 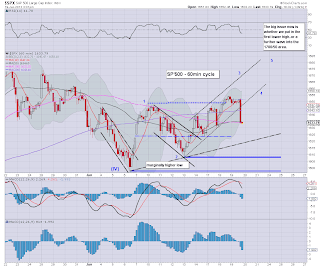 
3.13pm.. sp'1637...and stuck. Certainly, we might be floored now, but hourly charts certainly won't be showing a turn until late tomorrow morning.

For those looking to buy the dip...there should be no hurry on that trade.

Despite the weak indexes...VIX is -1%... now THAT is probably the tell for tomorrow..and indeed..another six weeks.


3.23pm...daily charts not looking so great now, but then..todays action is arguably to be seen as a special case.

What is clearly critical now...bulls MUST hold 1620...and with QE continuing, I'm sure they will. 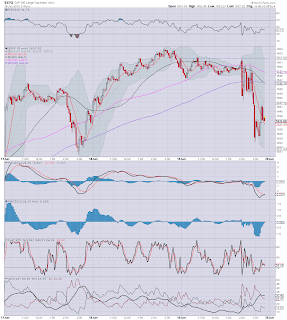