The main indexes closed higher, but well below their highs, and on balance, we should see some weakness early Wednesday. Daily Fibonacci might suggest a marginally lower low in the sp'1632/30 area, but weekly fib' is offering far lower levels, first prime target would be 1540s. 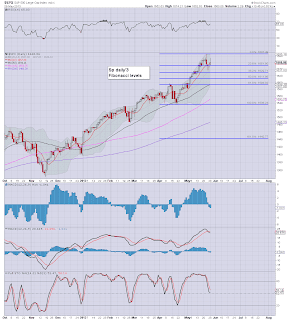 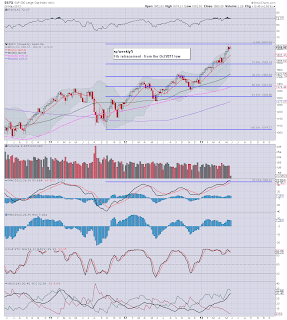 Well, today was rather good. I was looking for a re-short somewhere in the 1660/65 area, but managed 1672, and I'm very pleased with that entry.

I think Wednesday will indeed open somewhat lower, but as ever, the Fed is messing up the natural cycles, with a QE of 3bn. That will doubtless take the edge off whatever downside pressure there might be tomorrow.

Best guess..we have a 'moderate' chance of hitting sp'1632/30 tomorrow, but I'd have to guess we'll rally back upward as the day proceeds.

It will be a bit tricky tomorrow morning with the latest QE, and frankly, I'll settle for an exit anywhere in the low sp'1650s early tomorrow.


For those seeking a big down wave

I am trying to keep in mind the mid-term issue that we are over due a multi-week down cycle. Obvious target would be the rising lower weekly bollinger band - currently @ sp'1459. This is of course a rather huge 200pts lower. 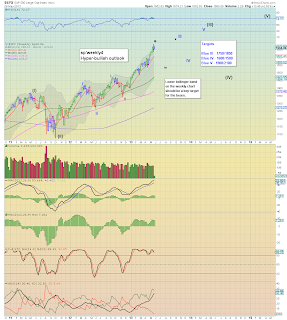 However, by early August, the 'best case' downside would be around the 1550s - which is interestingly where the weekly Fib' chart suggest.

So, despite my seemingly bizarre obsession (if not terror) of regular QE-pomo, I am keeping in mind the bigger weekly/monthly charts. At some point, we WILL see a significant move lower. Whether that began last Wednesday...that is the big unknown..