The main indexes all closed broadly higher, but well below their early morning highs. The Transports barely managed a flat close, whilst the R2K still held a rather strong gain of 1.3%, just 3pts shy of 1000. Near term downside target remains sp'1630/25, with VIX 16s. 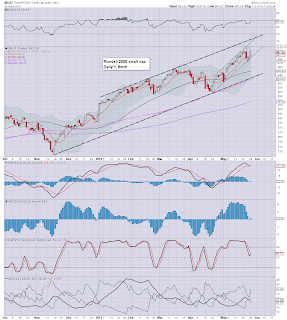 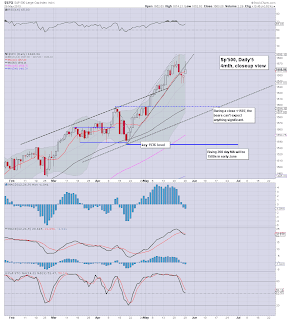 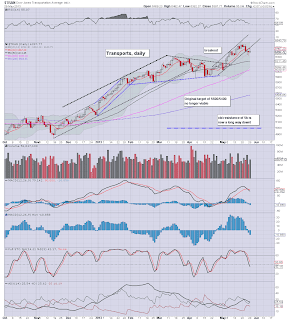 So, another positive Tuesday close for the bulls, but today was a little different, and the daily charts are certainly looking a little bearish for Wednesday, despite what were net gains.

The 'old leader' - Transports, closing flat was an especially bearish index/sector, and it did indeed flirt with moderate declines for much of the afternoon.

I realise many are seeking a test of the 1600/1597 area, but considering the big QEs in the next few days, that just doesn't seem viable any more.