The market saw a very strong reversal day. The opening gains of around 1% were fully reversed, and most indexes closed down 1%. Trans/R2K saw the strongest swing, both closing -1.6%. Near term looks in favour of the bears, at least into the Friday close. 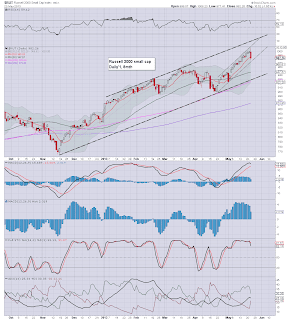 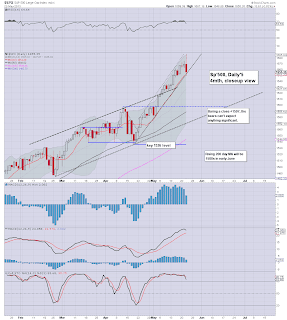 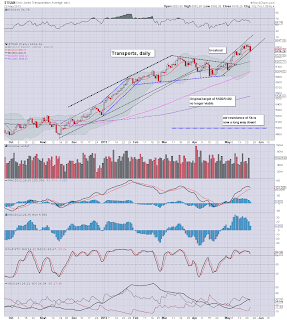 Some very bearish reversal candles on all of the index daily charts. Its been a very long time since we have seen that degree of bull failure.

We have some good topping spikes, and the close for all indexes were at least moderately lower.

In terms of the accelerated up channels, its arguable whether we have broken the lower rising channel line. I'd have to say 'not quite yet'. Another 1% fall will confirm it, and that opens up much lower levels.

The sp'1620s look viable within a few days, but it must be noted the bulls will have extremely strong support in the 1600/1590 area. All things considered, I don't believe the bears have any realistic hope of consistently trading <1600 for another few months.