The main indexes remain stuck, and despite a number of micro-rallies, the sp' failed to break the important 1474 level. Meanwhile, the Transports put in yet another new high, continuing a remarkable run from 4838 to 5647 in just eight trading weeks. 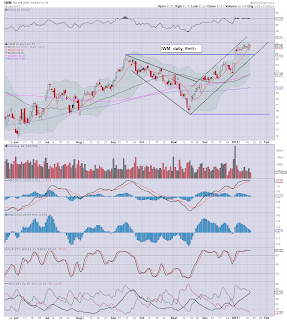 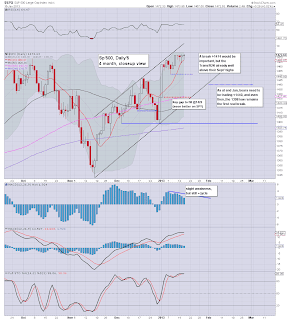 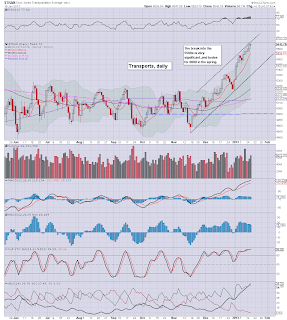 So, another day stuck in a very tight trading range, just under the 1474 level. It really is the case that we're now waiting for one of the following...

a. brief spike higher..that results in a sharp intra-day reversal
b. renewed wave higher..pushing into the 1490/1500s
c. failure to break 1474..and at least a moderate decline to the low 1440s into next week.

My best guess is C. Yet, I've seen so many times, 'a' occur. It really annoys those with short-stops to get the kick, only to see the 'real move' to the downside mere hours later.
-

The transports charts remain a sight to behold...simply...relentless. Along with the Rus'2000, the Transports is surely showing the direction into the spring.