With the break to sp'1485, this is strong confirmation of what the Trans/Rus'2000 have been warning about for weeks. The highs from last September have been decisively broken through, and there is now a great deal of empty air into the sp'1500s. 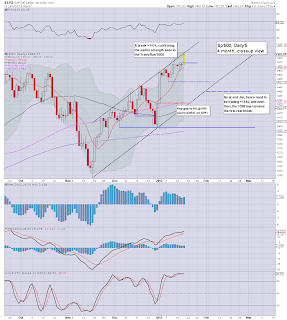 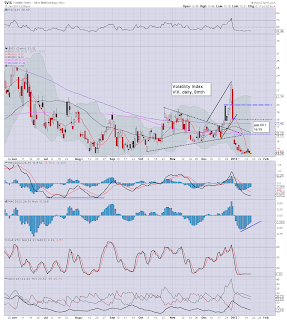 I suppose it can be said the VIX is holding up, but really, the indexes are all battling endlessly higher.

What is clear, even if somehow we pullback - and that seems like a distant hope right now, with the break  over1474..we are most definately going to be trading in the sp'1500s in Feb/March.

Yes, there is the fiscal cliff 'delay' that still needs to be agreed, along with another debt ceiling hike, but we know those will be sorted..one way or another.

This market is going higher.. a lot higher, and it was indeed the Trans/Rus'2000 that were the early warning.

'Secrets and lies of the bailout' - rolling stone

A thoroughly depressing..but interesting read on the 2008/9 bailout of the banks.
--