It is remarkable to reflect on the fact that a mere 13 trading days ago we were trading sp'1398..and seemingly on the edge of a very large drop.. but no. The bears had no power..and we snapped higher. Despite now trading in the low 1480s..there is still no sign of this nonsense stopping. The VIX is merely flatlining..as it could do...for months. 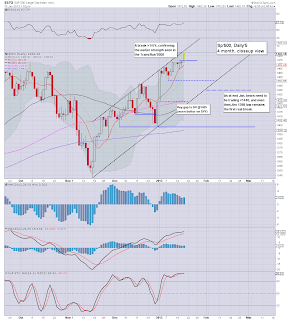 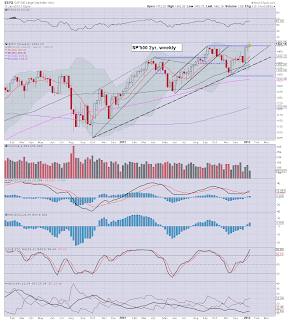 Its relentless, and there is simply no sign of any levelling phase - which in itself would likely take some days to develop.

We're now barely 1% away from the big sp'1500s, which even I thought would not be viable until February.

As it is, we could gap straight into the 1500s tomorrow, it won't take much for a major wave of bullish hysteria to sweep the US markets. Besides, the Bernanke $ are probably finding their way into institutional hands now.