The monthly jobs data was better than anyone had been seeking, and it was understandable to see futures flip back to green from earlier pre-market declines. So..what now? The question once again is...'who wants to go long into the weekend?'. That's right..I didn't think so. 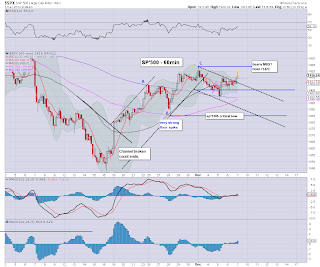 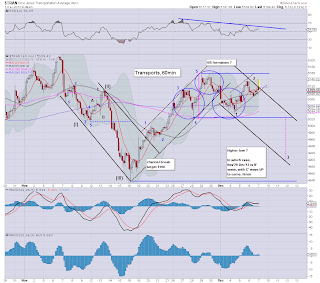 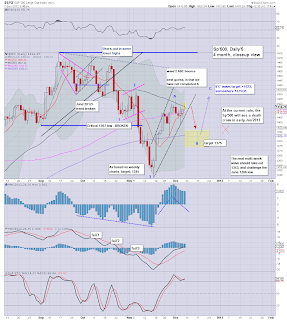 A rough start to the end of the week for the bears. The Dow has taken out the Monday spike high, although the sp' and transports are still holding under.
-

Without doubt, the most notable aspect of the last few days..the strength of the dollar, now up another 0.3% in the USD 80.50s. The downward pressure on equities/commodities IS increasing. despite this mornings opening gains.

*Gold is having a wild ride this morning, -$11...now +$7..despite the dollar. There is chatter out there that Gold might explode highner next week, on the 'QE4' FOMC announcement. Even though such measures were already announced in mid-September. 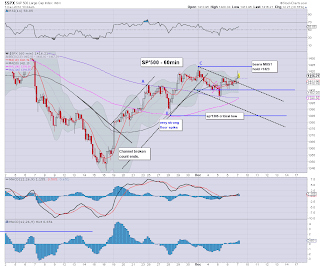 we have a reversal in the VIX. A classic early warning of index declines... 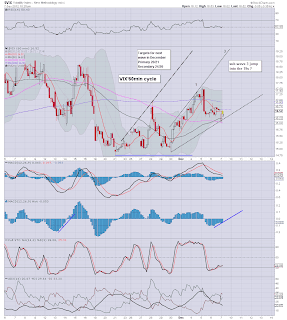 So, lets see if we can get the indexes red by early afternoon.

That opening VIX hourly candle is the best signal I have right now.
Posted by Trading Sunset at 14:50:00
Email ThisBlogThis!Share to TwitterShare to FacebookShare to Pinterest
Newer Post Older Post Home