Volatility, trying to build a floor

The VIX actually managed a 0.25% increase by the close, even though the indexes still closed around 0.5% higher. Kinda interesting, but it could merely be noise as the VIX scraps along in the teens. 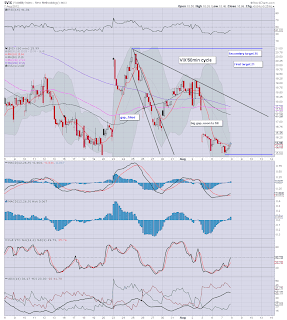 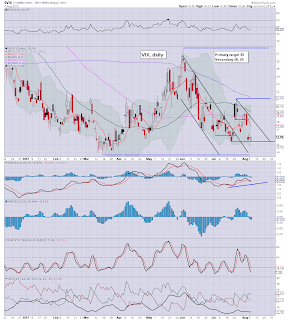 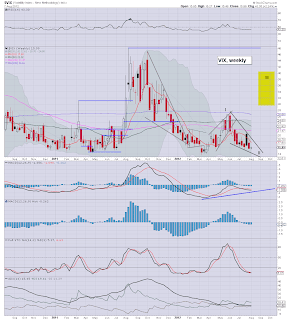 First, lets be clear, the index charts show ZERO sign of a turn, and worse still, some of the monthly index charts are arguably bullish now.

Yet, the bigger VIX weekly cycle is still battling to climb back higher on the MACD (blue bar histogram) cycle.  At the current race of 'recovery', it now looks like the VIX might not explode higher until early September.

For the moment, until we clear the recent high of 21..and 27..the bigger targets remain mere 'crazy talk'.