The market continues to slide. The hourly cycle charts show no sign of a floor until at least sp'1280 - which would appear likely early Thursday. VIX is still trying to break the recent 25.50 highs. A close in the VIX today in the 26s..would open up a possible brief spike into the 30s tomorrow. More on that idea later. 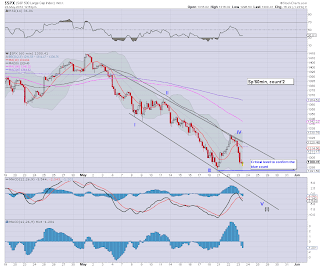 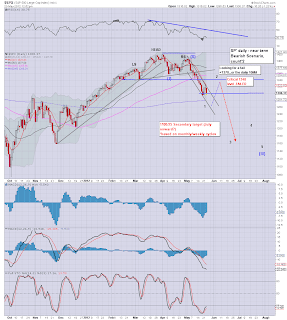 I am holding short until sp'1280 tomorrow morning.
Posted by Trading Sunset at 17:55:00
Email ThisBlogThis!Share to TwitterShare to FacebookShare to Pinterest
Newer Post Older Post Home